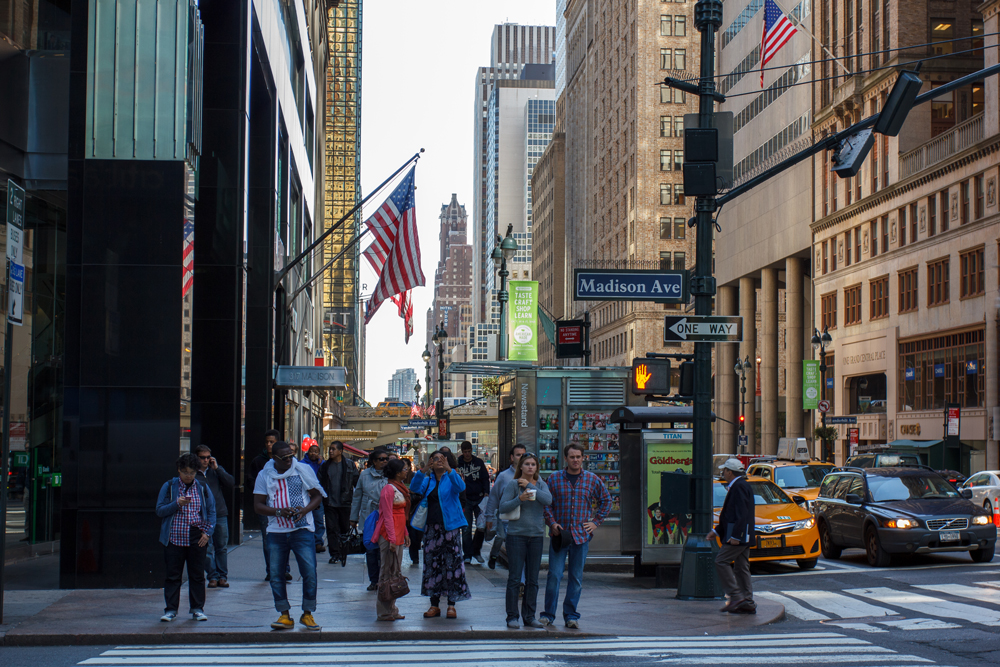 Day two of our trip in New York had arrived! We decided to start our day by walking to Times Square which was only a couple of blocks away (sounds American enough? :)) from our hotel. The previous day our guide told us we should visit it once during the day and once at night (like any other self respecting tourist would do). Times Square is packed with people and there are brightly illuminated signs everywhere. 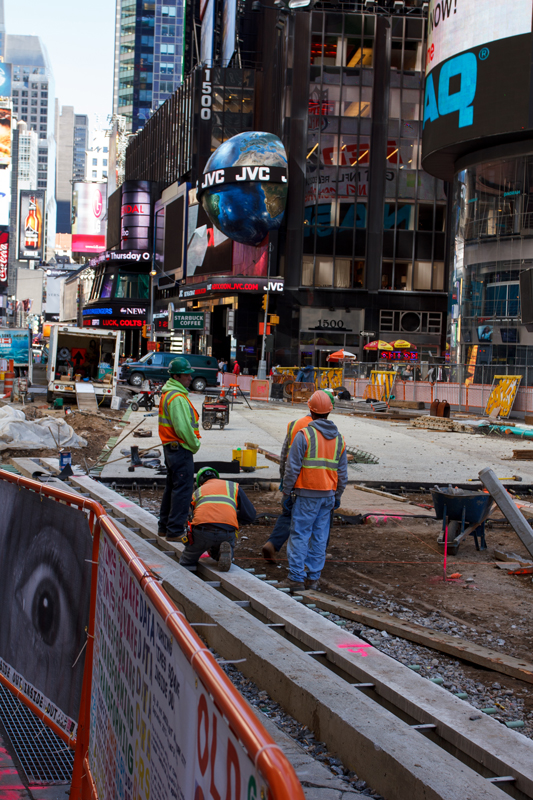 From Times Square we walked to the Grand Central Terminal and passed many interesting buildings like the STK building below (hotel, restaurant and lounge) located next to the State University Of New York College of Optometry. 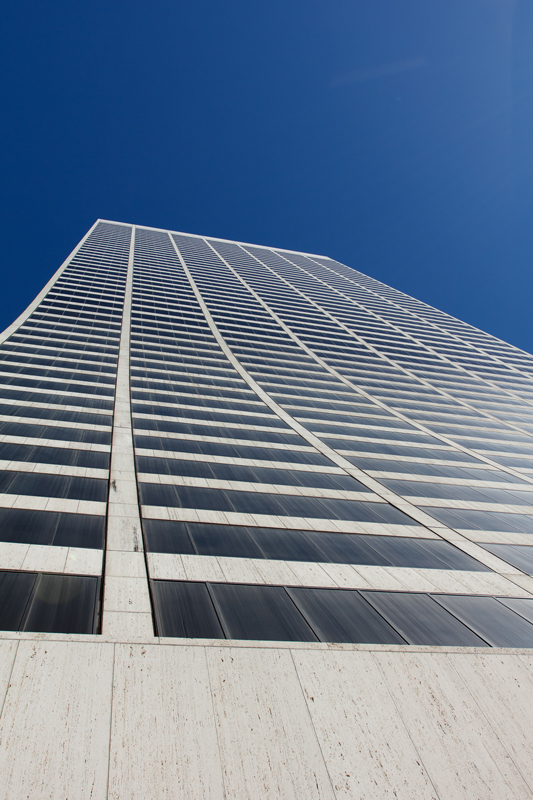 Seen in so many movies it was a majestic feeling to step inside the Main Concourse and have a look at the famous Grand Central Terminal Clock. I wish I had a nice photo of the clock to show you but I don’t (you can Google it though :)). Luckily there’s more to be seen than only the clock. 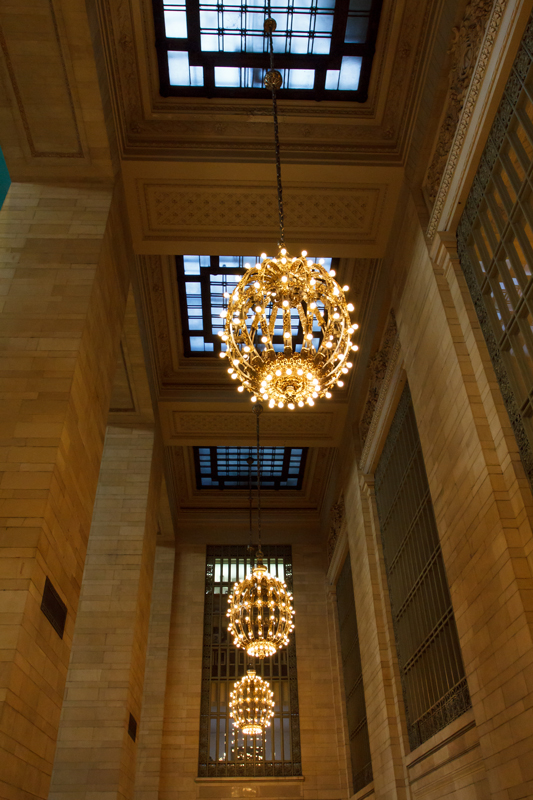 Next on our to do list was the Chrysler Building which is close to the Grand Central Terminal. The good thing about the streets of New York is that there is never a dull moment because so many things are happening at once. 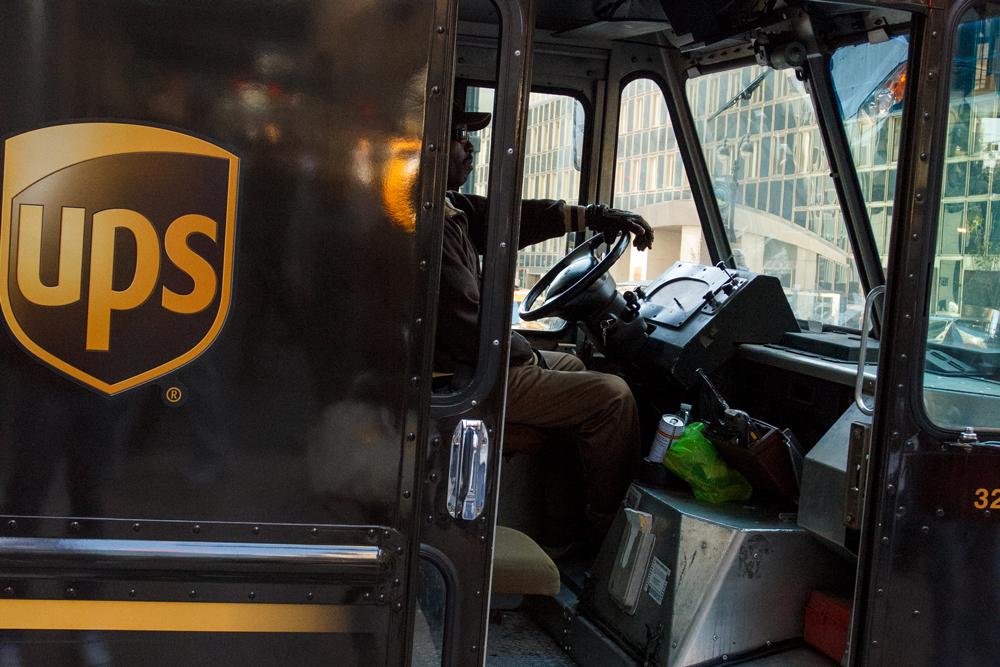 The Chrysler Building is truly magnificent to look at and of course a must see when you’re in New York. We also had a peek in the lobby, which was rich and decadent. Something you would expect from the inside of the Chrysler building. 🙂 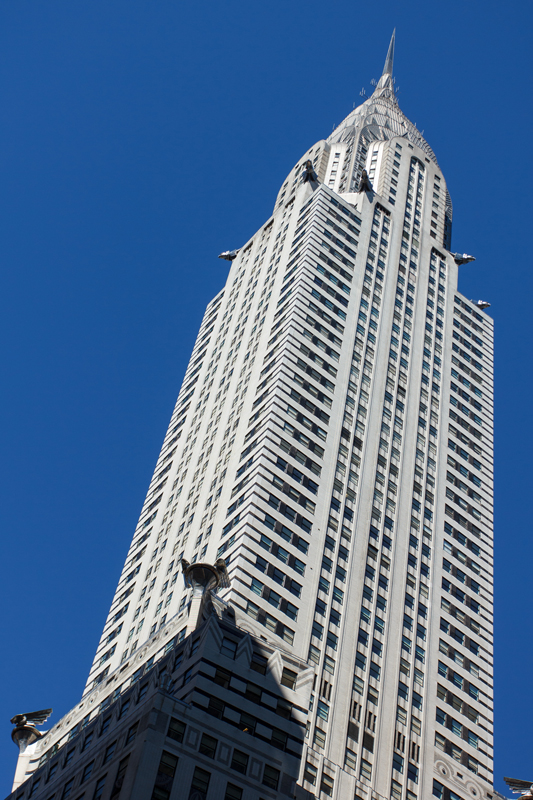 We continued our journey and walked to the United Nations Secretariat Building (passing the daily news building) to find out the street was closed by the police (important stuff going on apparently). We headed back in the direction of the Grand Terminal and had a visit at the New York Public Library (first item on our Sex and the City to do list). A beautiful building, unfortunately my pictures were not (story of the day). 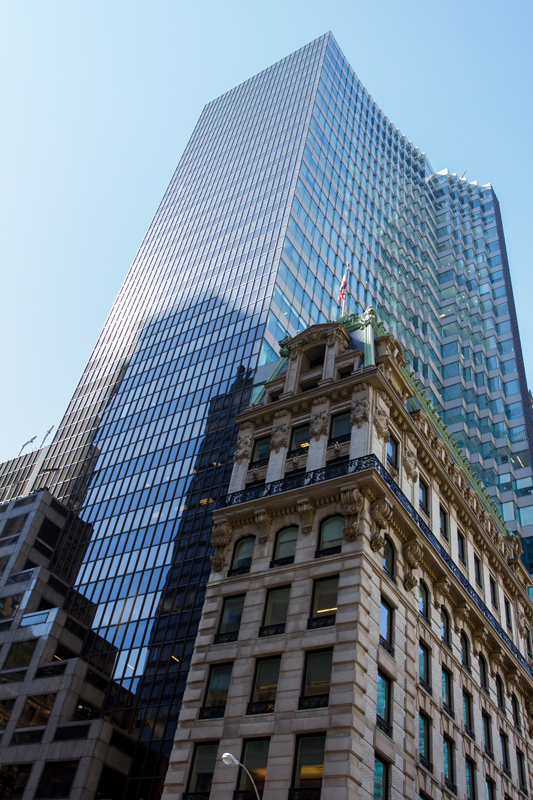 We ended up walking to the Flatiron of which I took pictures and made it look rather dull (quite an achievement). We did manage to go back another day and get some better shots though. After having enjoyed a meal with the view of the Flatiron, our feet told us it was enough for the day. Looking up to the sky we saw the Empire State Building. Knowing we would be up there, one of these days. 🙂 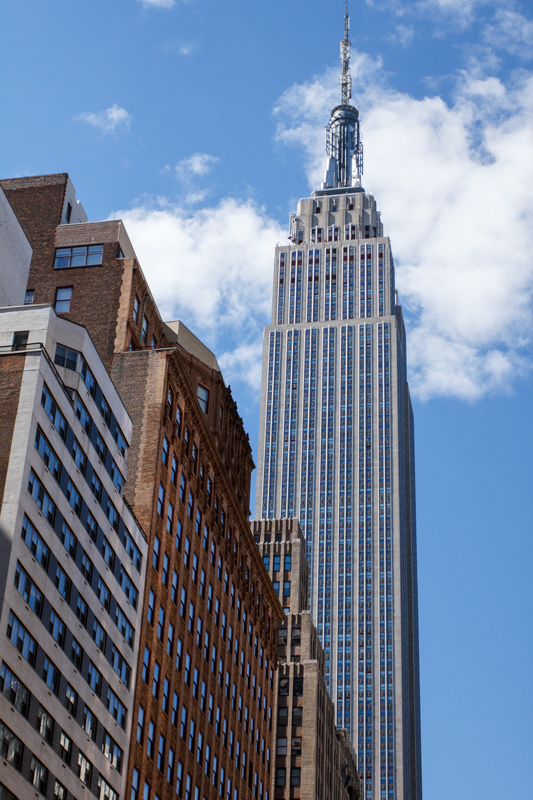 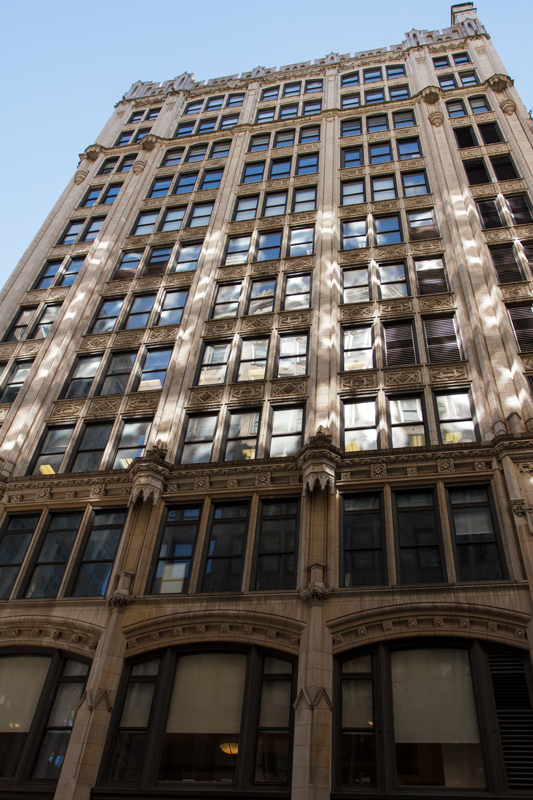