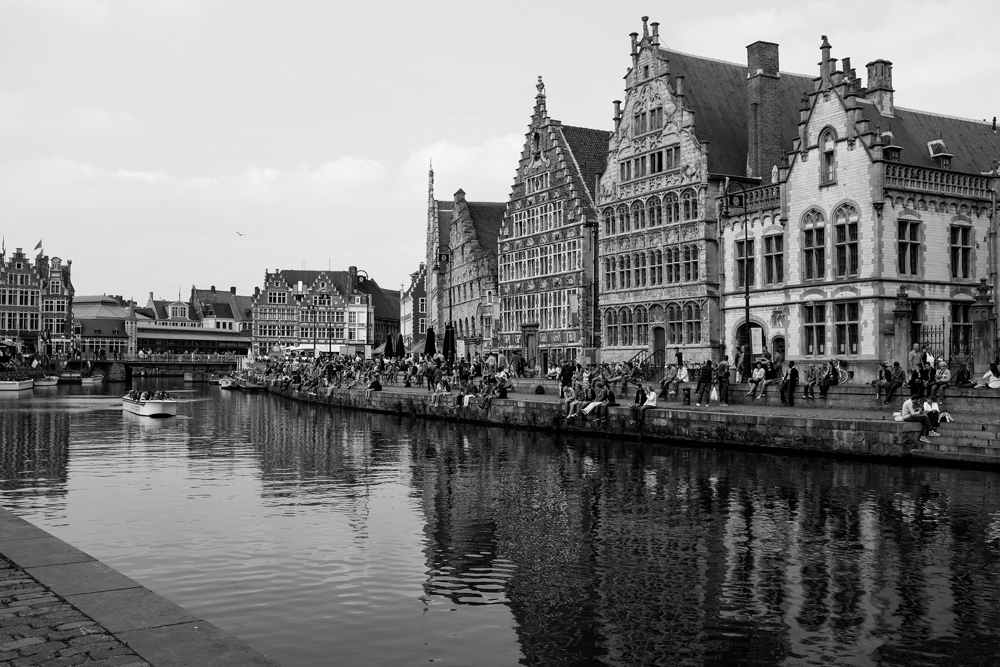 And before we knew it we were back in Belgium. 🙂 The last weekend of May we headed south towards Ghent. After a short drive (just over two hours) we reached our destination. We were all curious to have a peek at the city. Iván included. 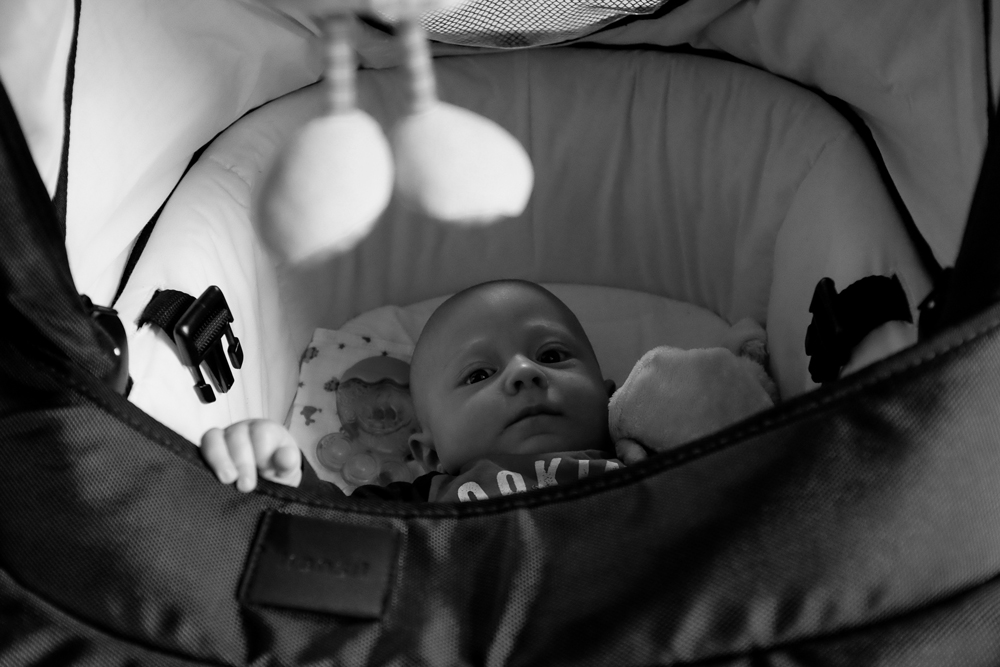 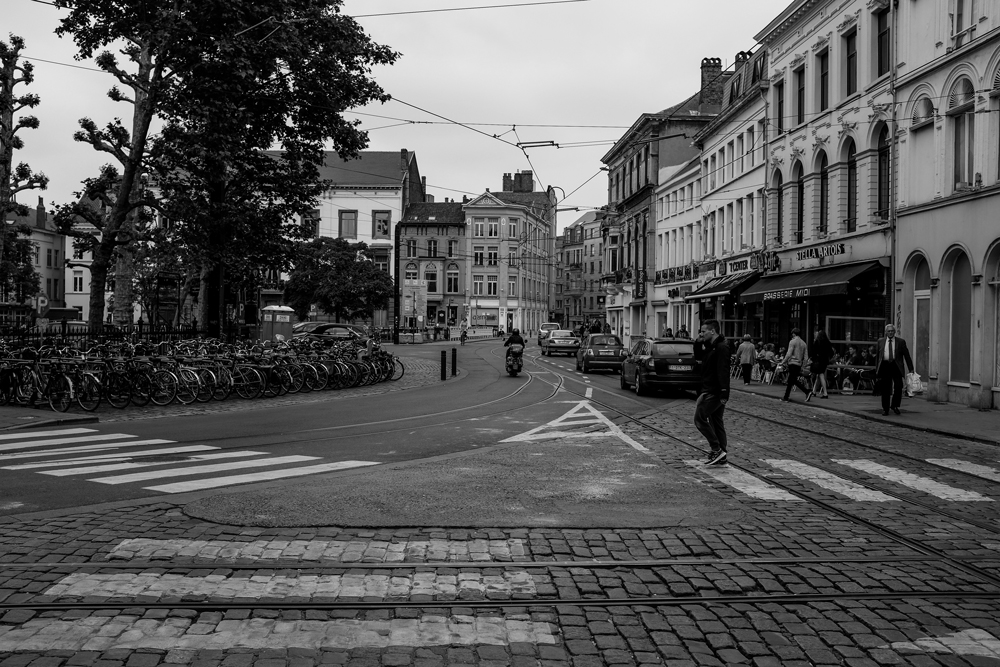 The closer you get to the center the more you get the feeling you’re strolling through time. Ghent’s center is the largest car free area in Belgium and the city’s medieval architecture remained intact and is well preserved and restored.

The St. Nicholas’ Church is one of the oldest and most prominent landmarks in Ghent and immediately catch your attention. We were there for less than half an hour and we were already amazed with all the beautiful architecture. 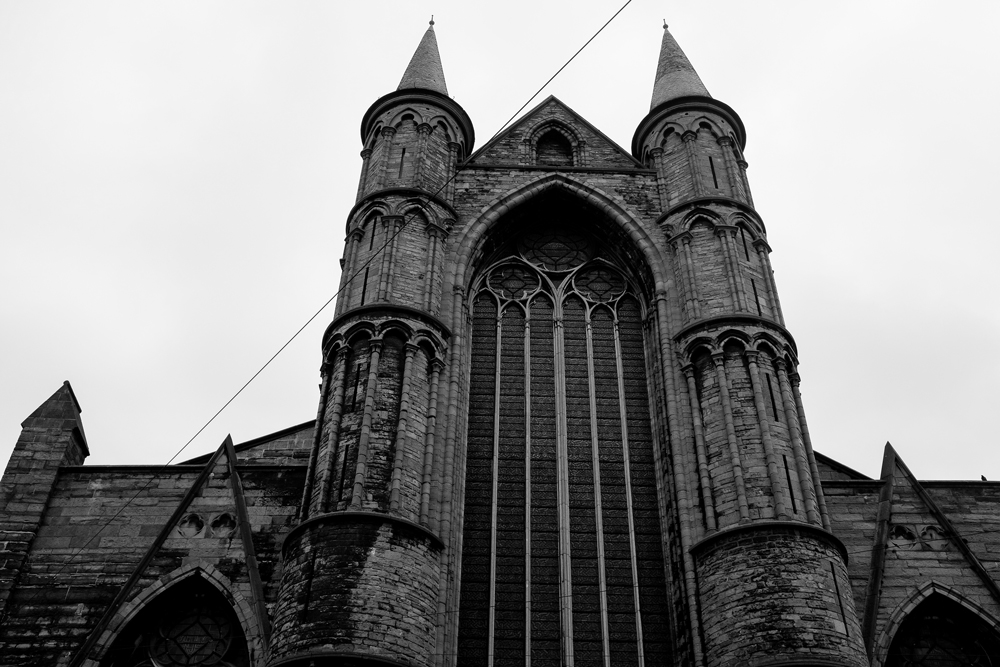 Close to the church there’s the City Pavilion and it can host concerts, dance performances and markets. Not medieval at all but it blends in nicely and I personally love the roof structure. 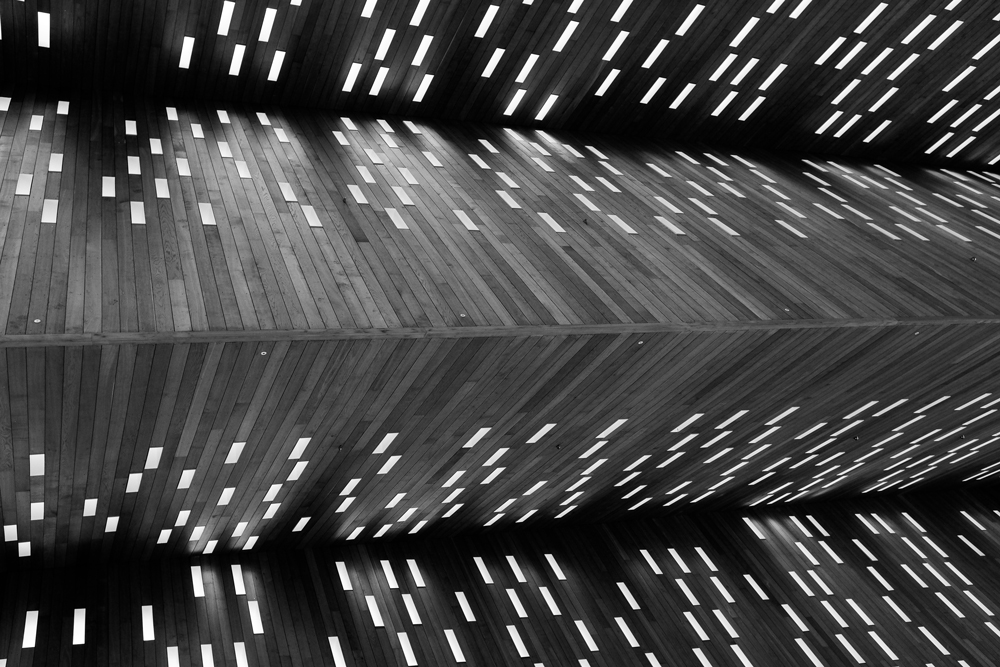 The Belfry of Ghent is 91 meter tall and is one of three medieval towers that overlook the old city center (the other two are Saint Bavo Cathedral and Saint Nicholas’ Church). 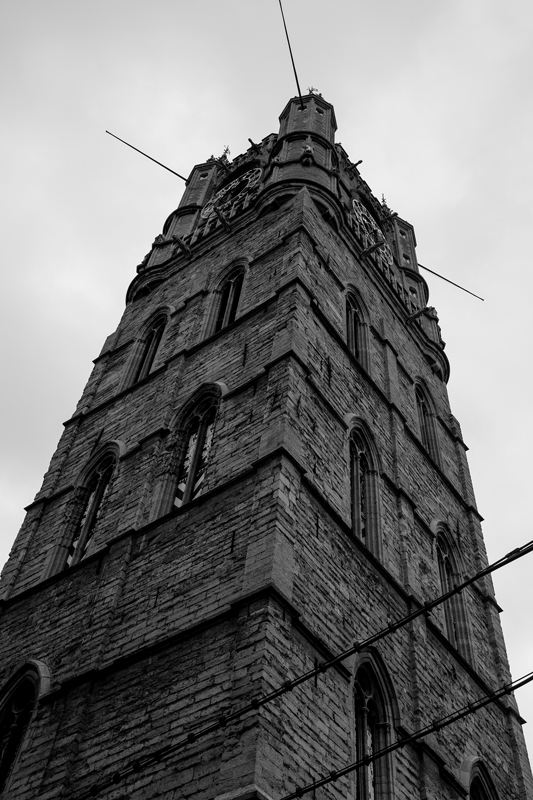 No need for boredom. It’s like stepping in a time machine and hitting the rewind button. 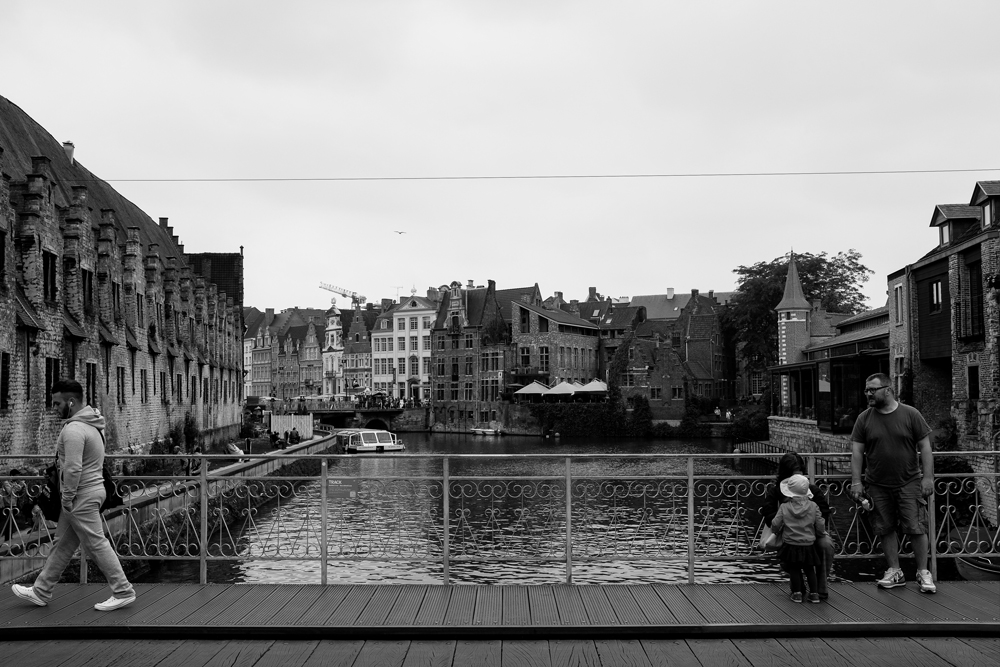 The Renovated Old Fish Market is one of the oldest markets of Ghent. Originally the market was located somewhere else but was moved to its current location in 1689. The gate was heavily damaged during a fire in 1872. Only the statue of Neptune, located on the top of the gate, could be saved. Other statues were replaced with the ones you see today. 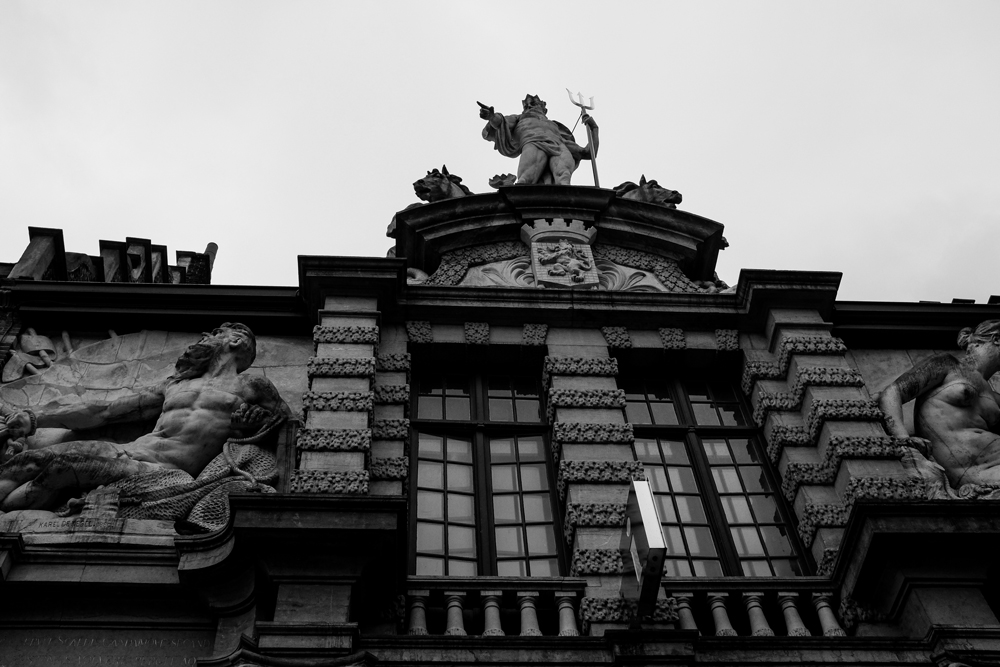 The Former Post office which is located at the Korenmarkt was build between 1898 and 1910. It’s magnificent to look at and one of the many landmarks in Ghent. We only saw it during the day but when lit up at night the sight must be even better. 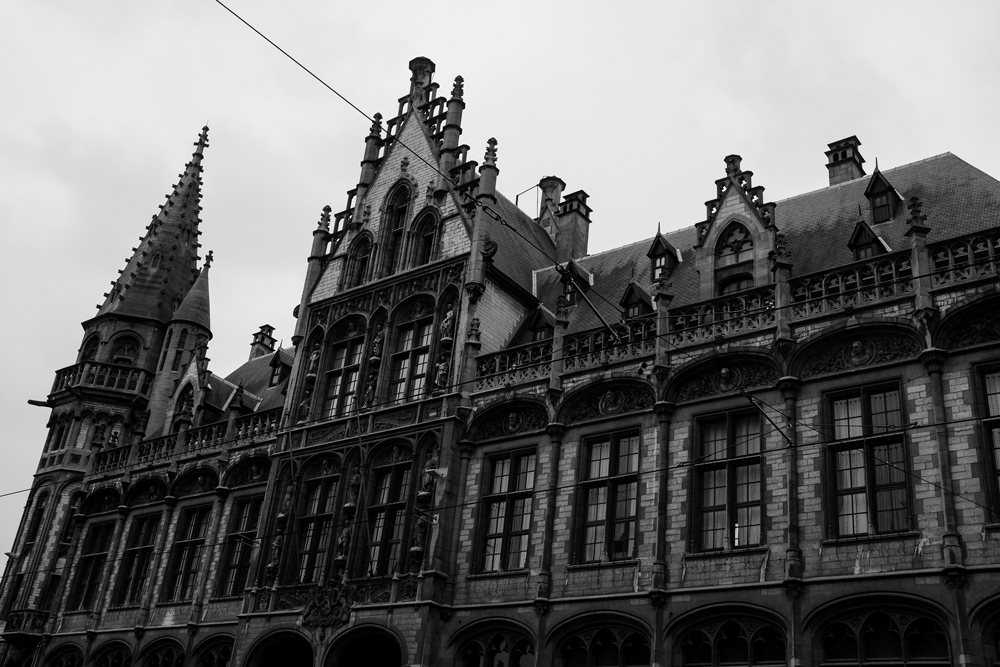 Graffiti Street is a long alley full of graffiti art. Streets artists are free to decorate it as they please. Therefore the appearance of this street is constantly changing. We discovered it by coincidence (Adri dragged me in, but I am happy she did). Not the first thing you think of when visiting Ghent but it’s worth to go there and check it out. 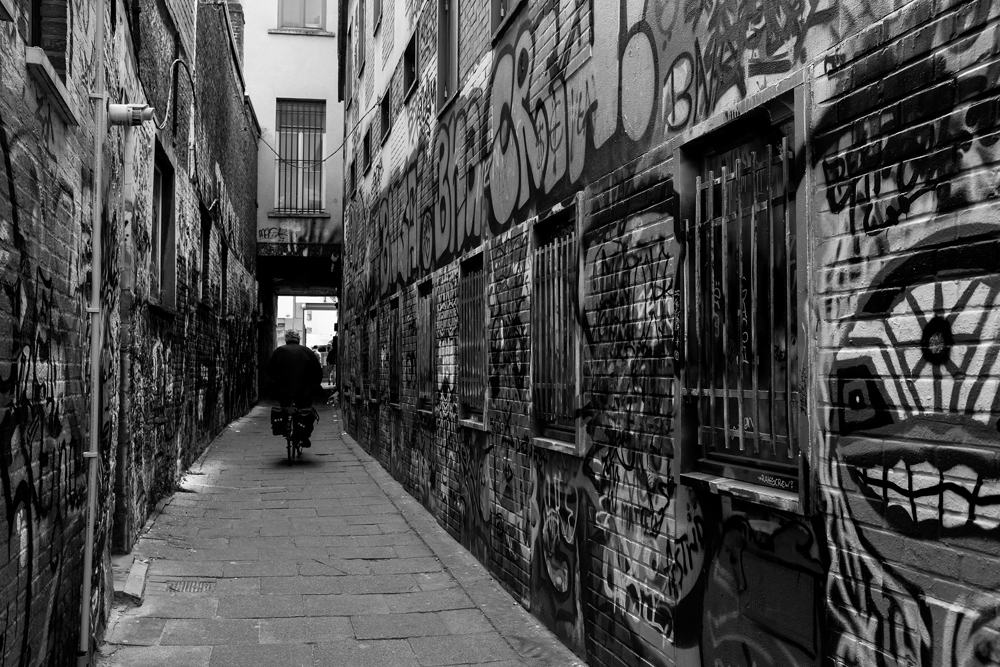 Sint-Jacobskerk is a little different than most churches you’ll see in Ghent. 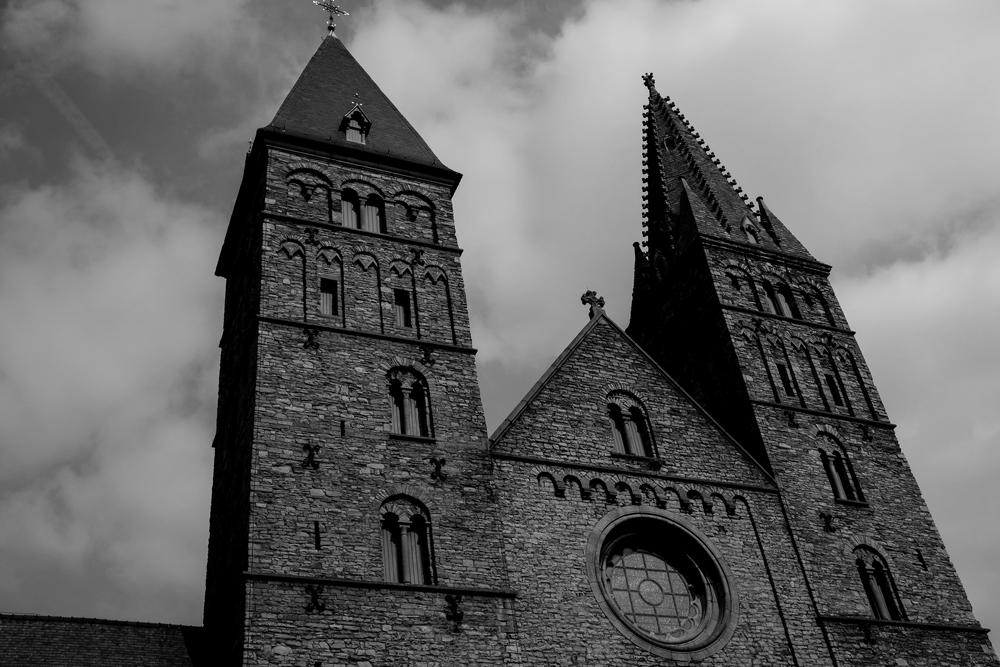 The Vrijdagmarkt (Friday Market) is one of the oldest squares in Ghent and played an important part in the history of Ghent. On this square a weekly market is held every Friday since 1199. Amongst many interesting buildings you can find two impressive buildings from the socialist movement. The Bond Moyson and Ons Huis. The building of Bond Moyson dates from 1899, Ons Huis from 1902. 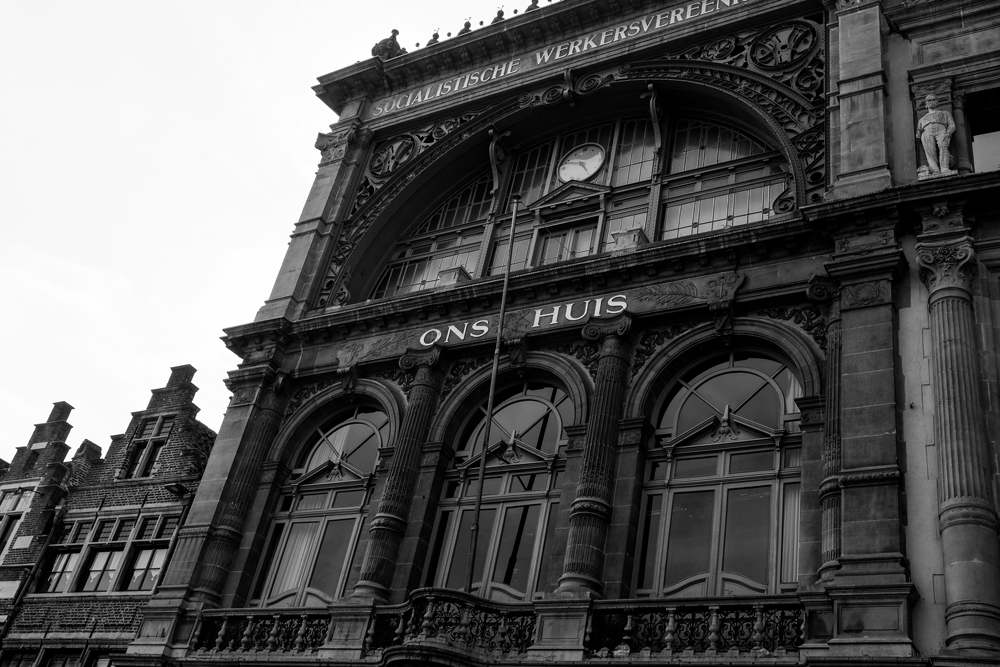 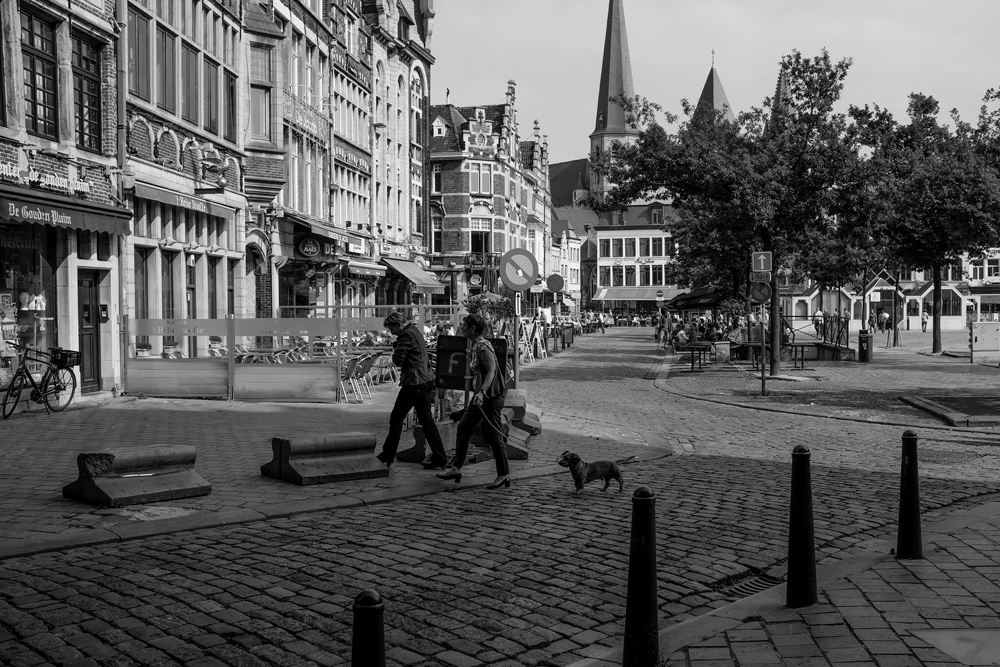 The Gravensteen is a castle in Ghent originating from the Middle Ages. The name means “castle of the count” in Dutch. The present castle was built in 1180 by count Philip of Alsace and was modeled after the crusaders castles that Philip of Alsace encountered while he participated in the second crusade. 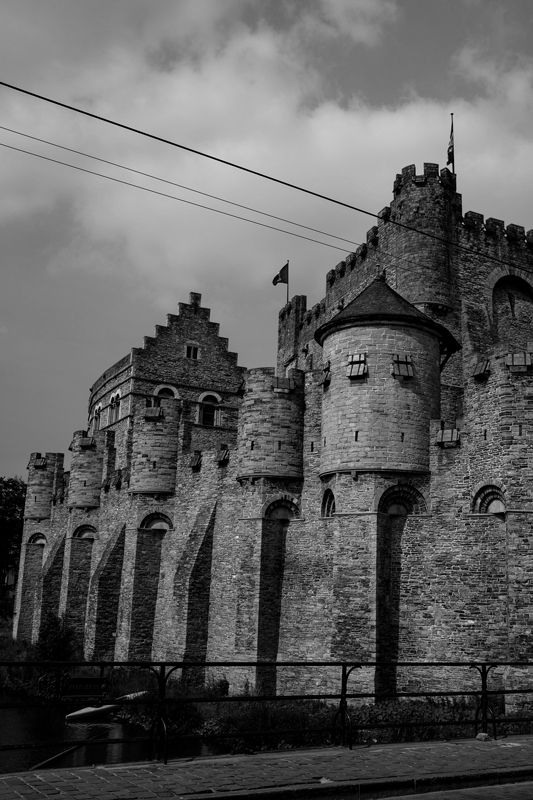 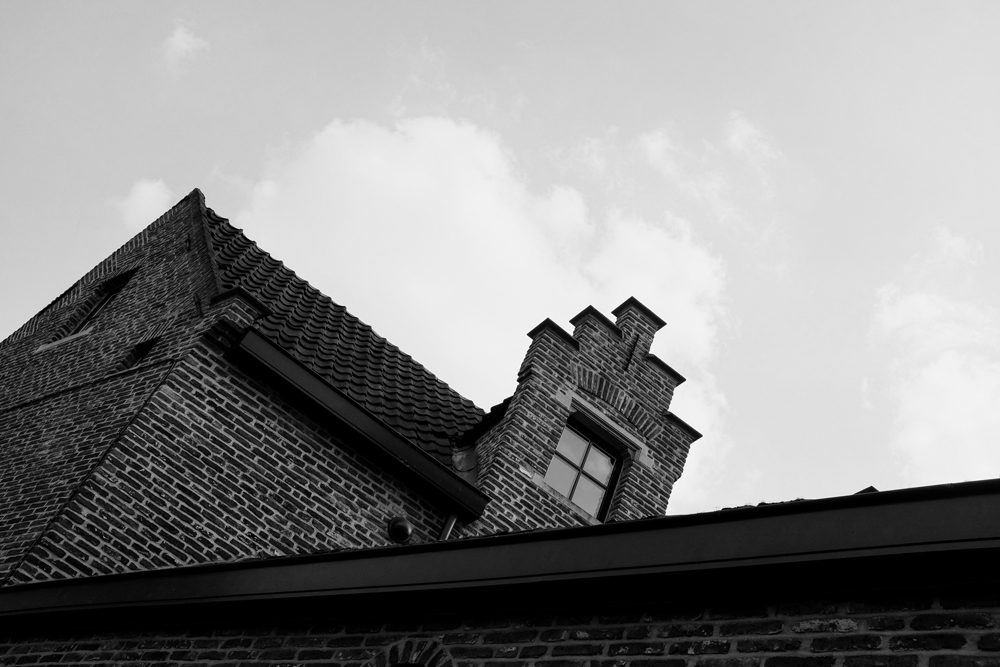 One of the most iconic views of Ghent is the Graslei and Korenlei. This medieval port with its row of historical buildings must be one of Ghent’s most beautiful places. It’s a place where everyone meets and offers a fantastic scenery. 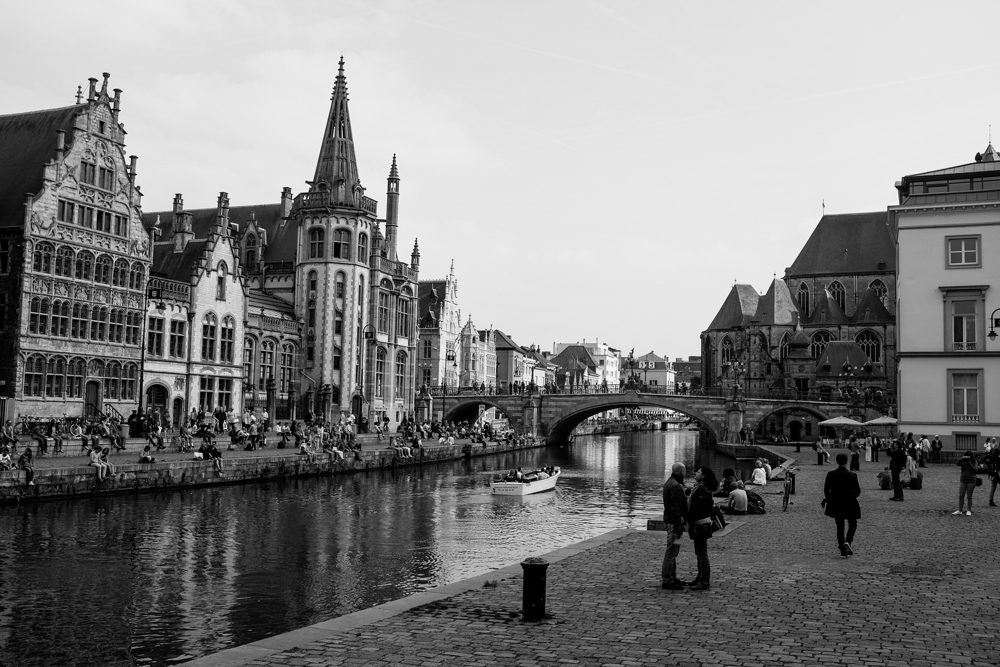 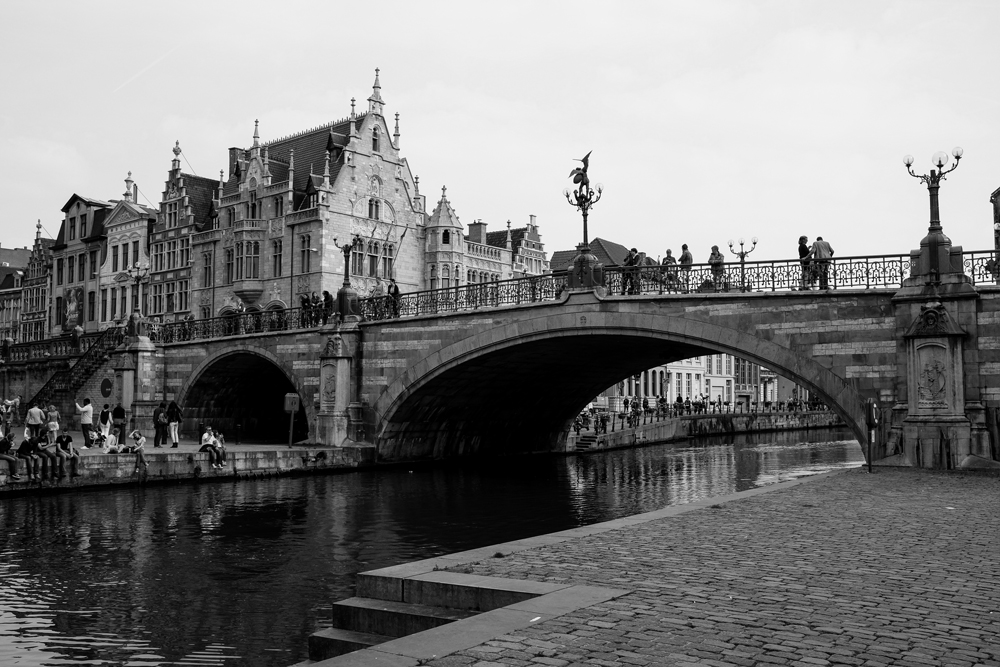 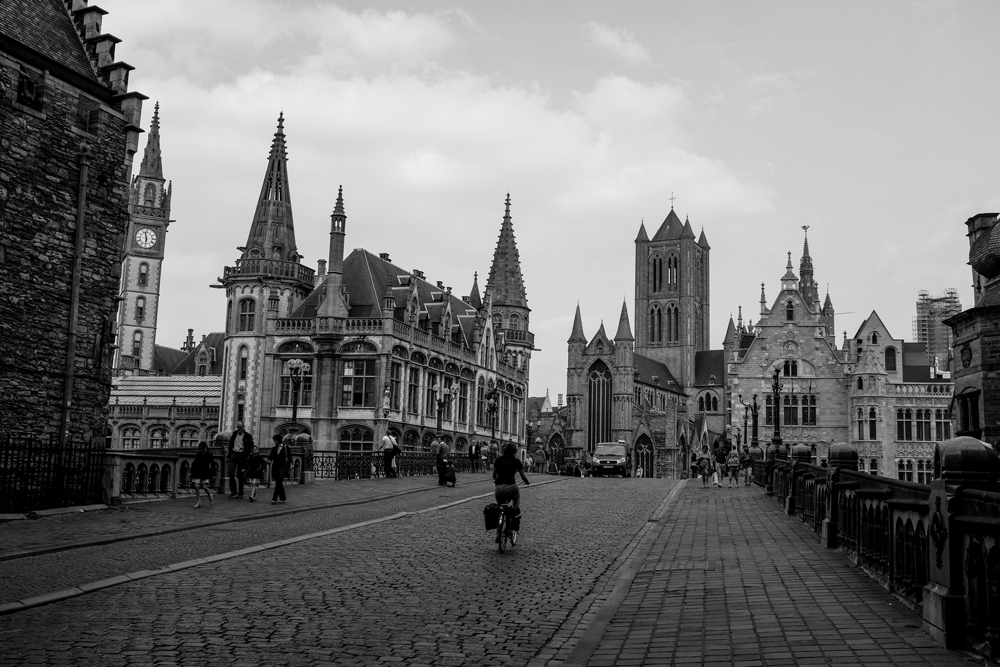 We had one last look at the city. It wasn’t always easy to navigate with the stroller through the medieval streets of Ghent. It felt like an obstacle course every now and then. But we (Adri) managed and it was worth the challenge. 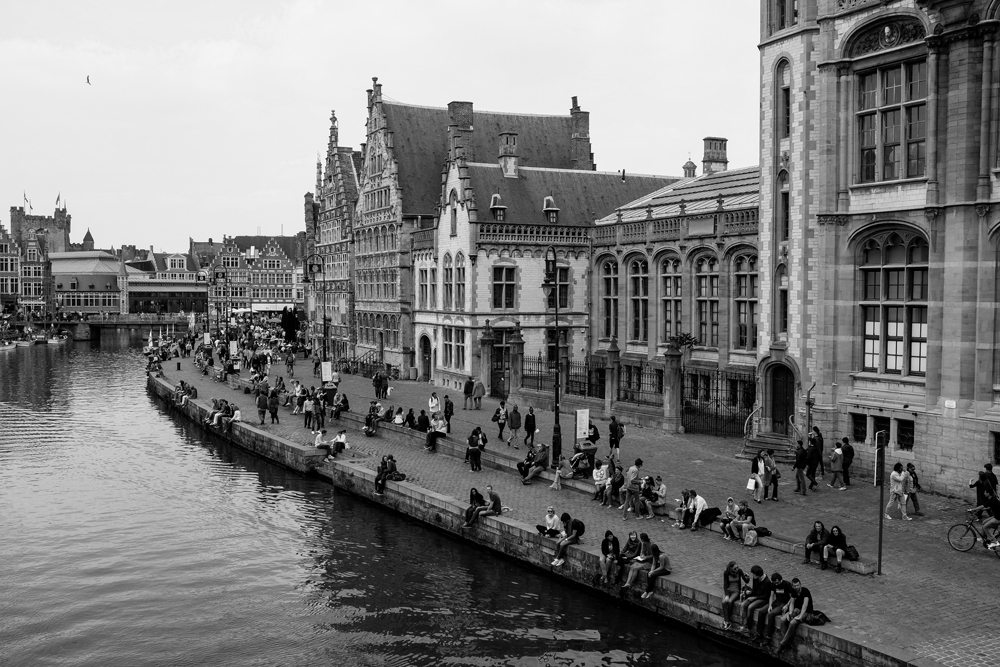