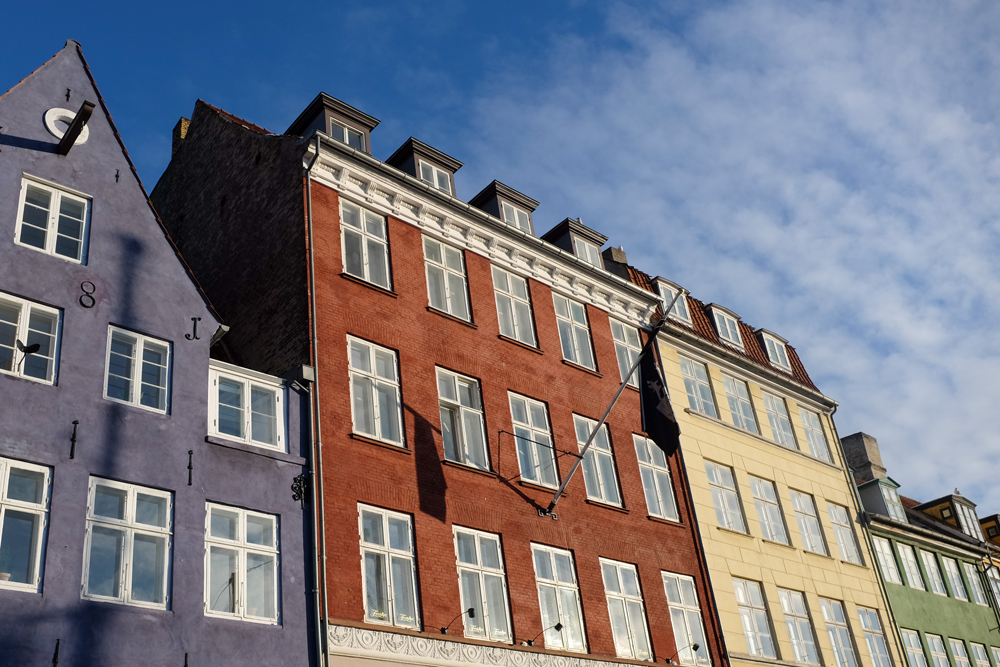 Colorful and cold. And boy did it feel cold at times (brrr!). But I guess that’s all part of a good Scandinavian winter. Including the snow of course. We left from Eindhoven airport and were at Copenhagen airport in less than 1,5 hours. Normally it only takes about 20 minutes to get from the airport to Kongens Nytorv (The King’s New Square) by Metro. Our trip took a little longer because we had to wait and switch lines due to some problems just before we reached our destination. Eventually we got where we needed to be and could find our way to the hotel easily. One week after Budapest we were now in Copenhagen (17th of January).

The next morning we had breakfast, dressed up warmly and set out by foot to discover the city (following the route on a freely distributed city map). All the highlights are within walking distance from each other. Making it easy and fun to navigate through the city. After a quick look at Hotel Chocolat and the Museum of Guinness World Records we were back at the Kongens Nytorv again. Here you will find a couple of interesting buildings facing the square like the Hotel d’Angleterre, the Royal Danish Theatre and the Thott Palace (now the French embassy). 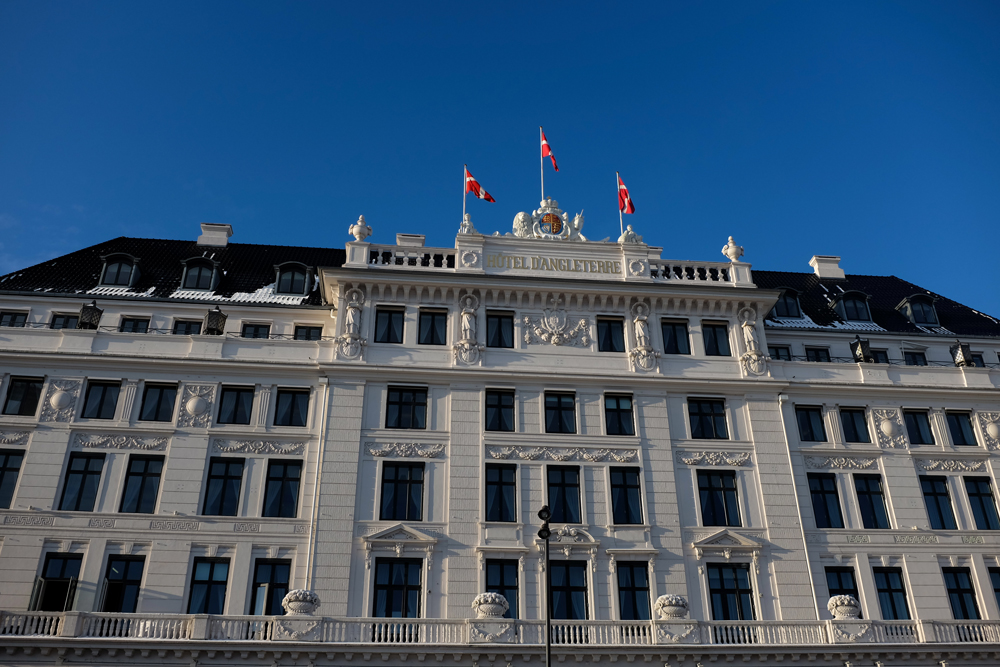 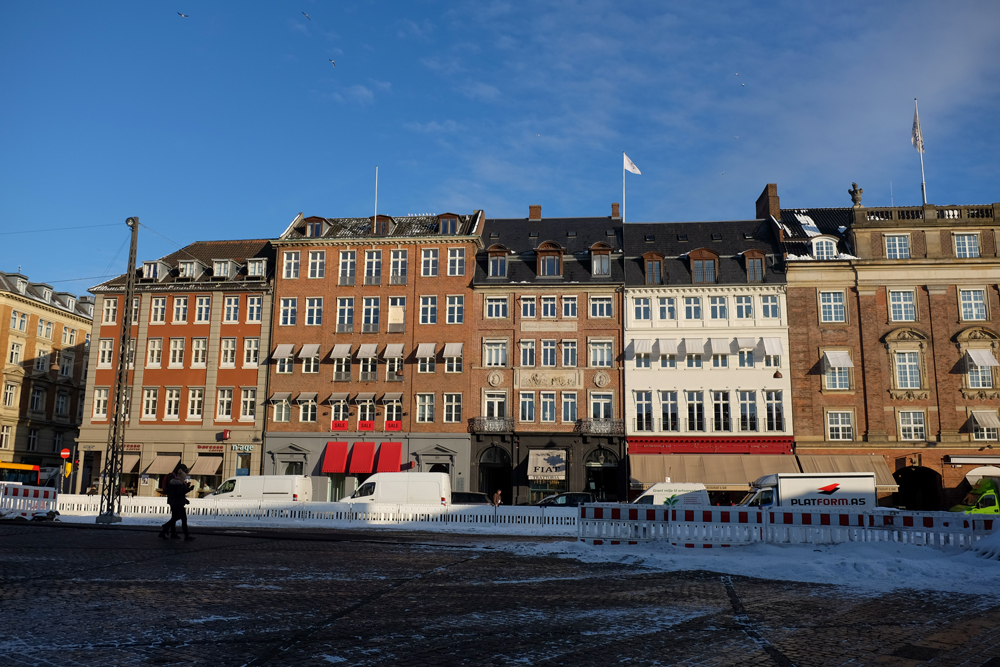 Bordering the square is Nyhavn. Probably the most famous spot in Copenhagen. The harbor with it’s colored houses and wooden ships is of course a must see. With temperatures below zero we were amazed to see how many tables and chairs where outside in front of the bars and cafes (not only here but everywhere in the city and people were actually using them). 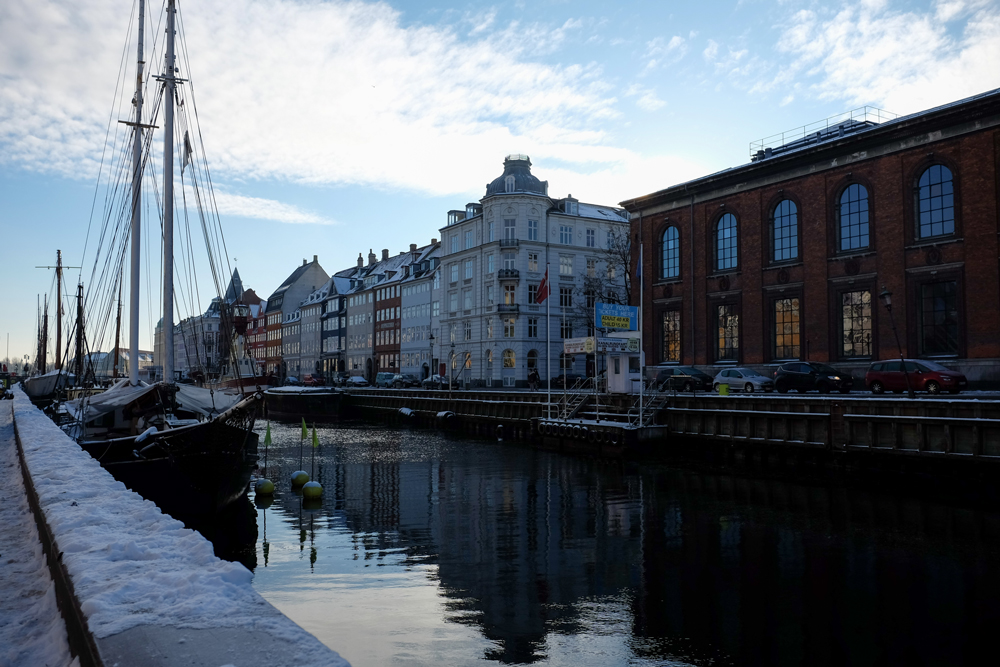 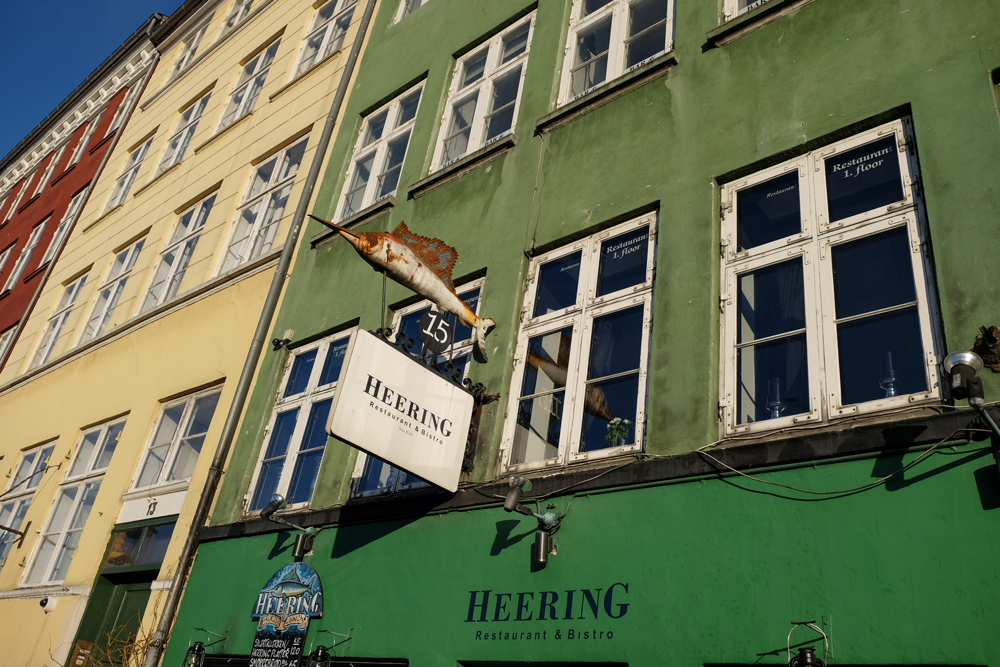 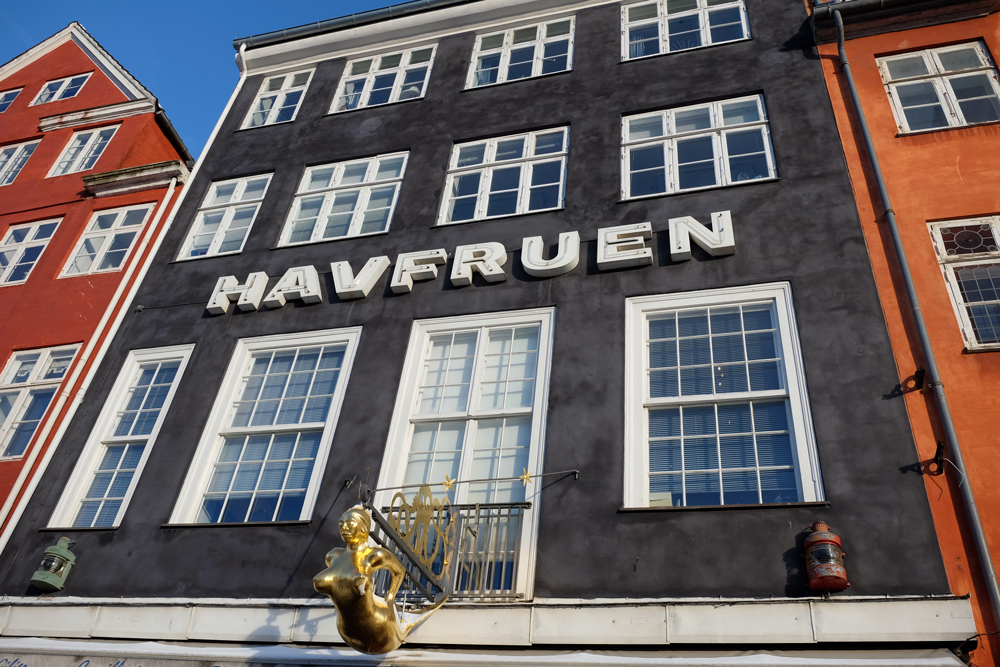 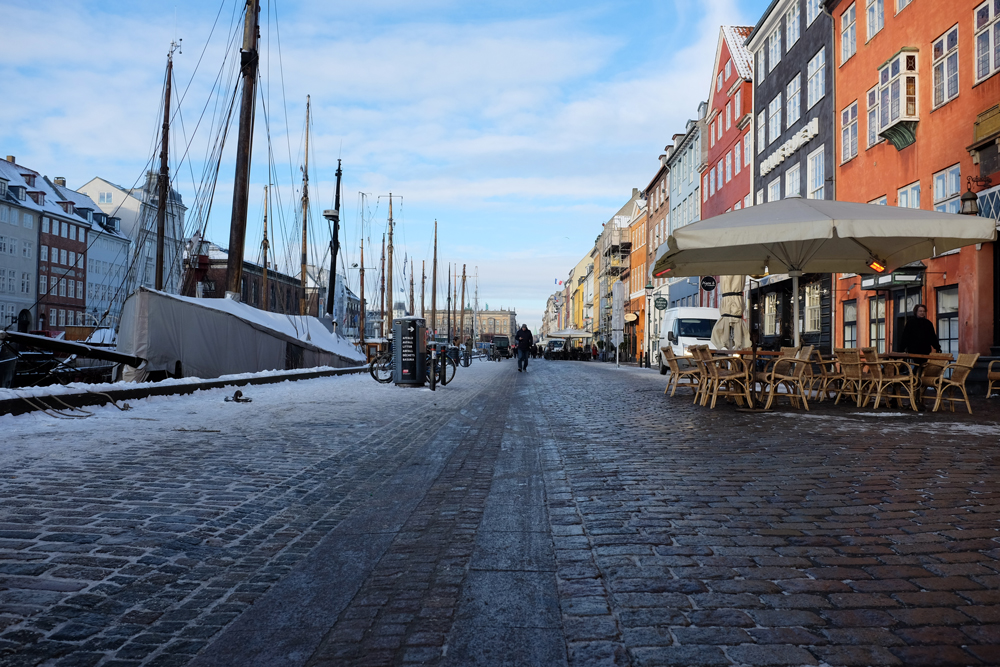 Continuing the walk brought us to the Royal Danish Playhouse. Judging by the amount of scaffolding and the looks of the buildings you get the sense the city is very well maintained. From the Playhouse you can see the Copenhagen Opera House on the other side of the harbor. No matter where you look, you have an amazing view. 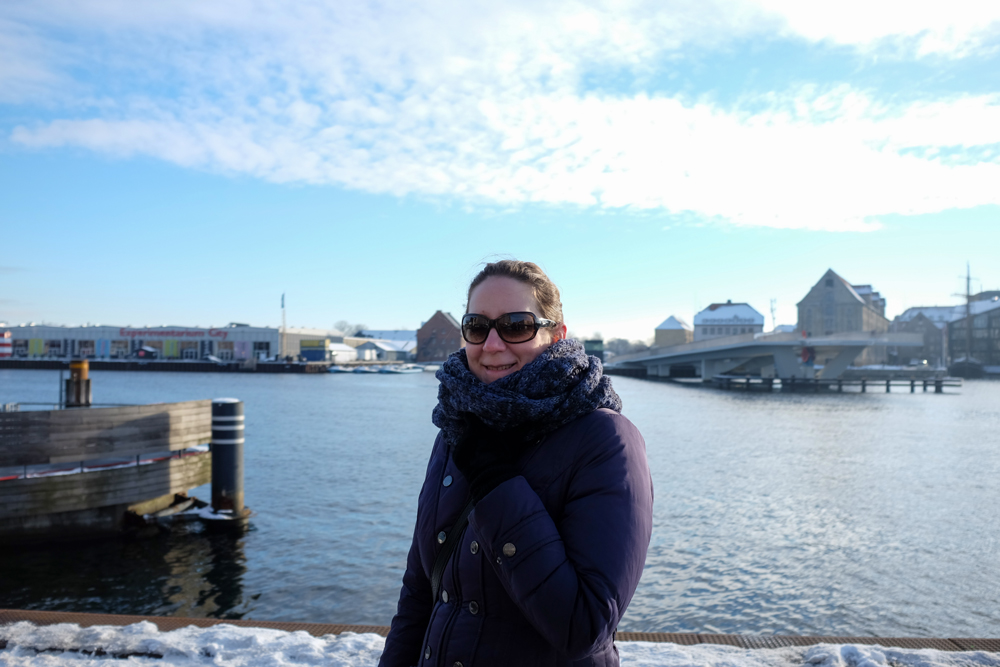 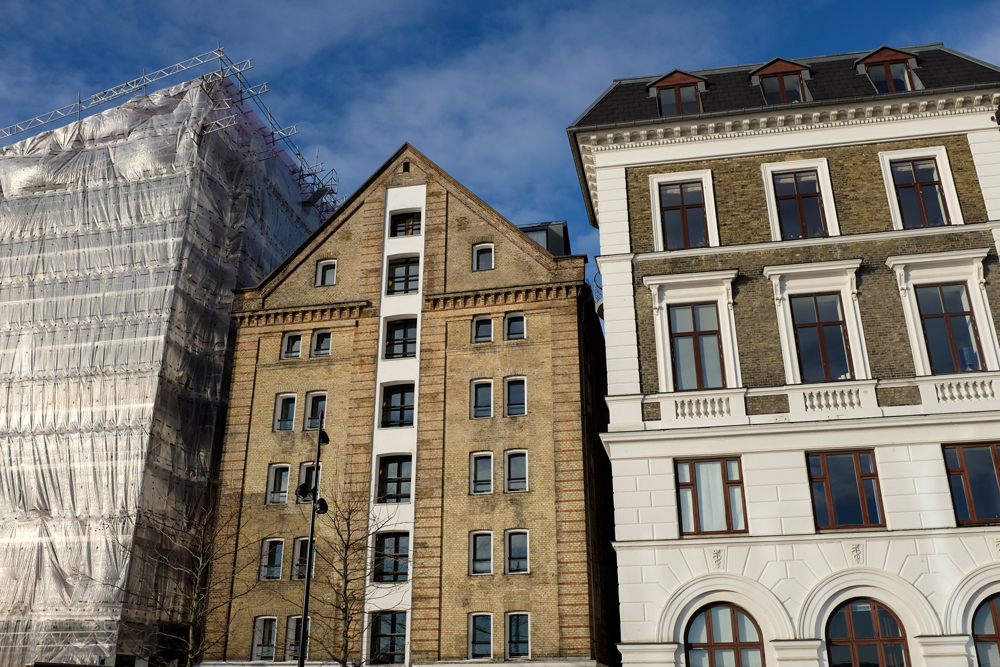 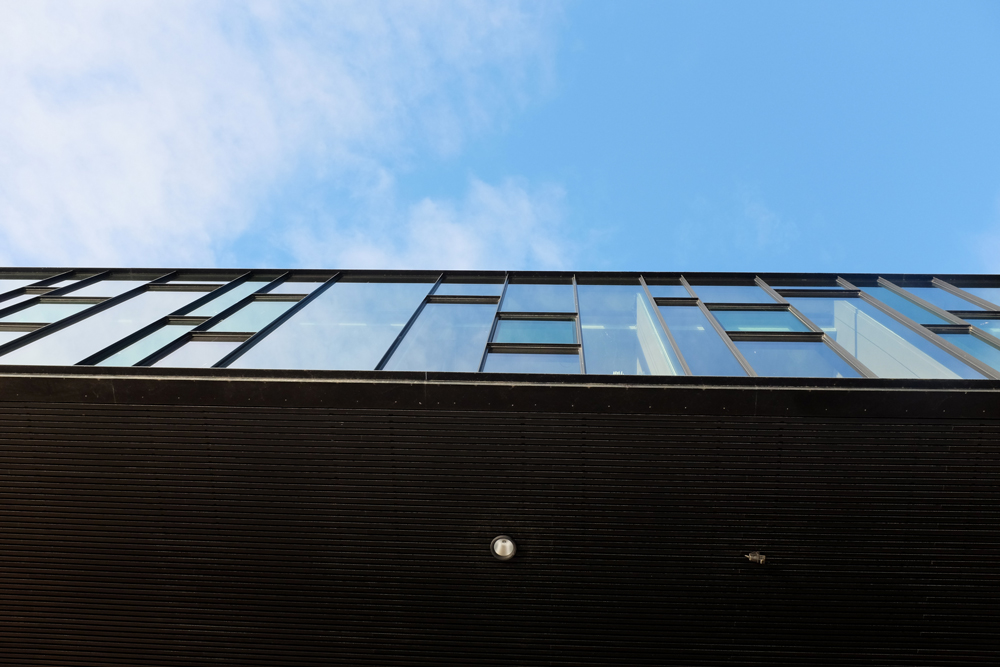 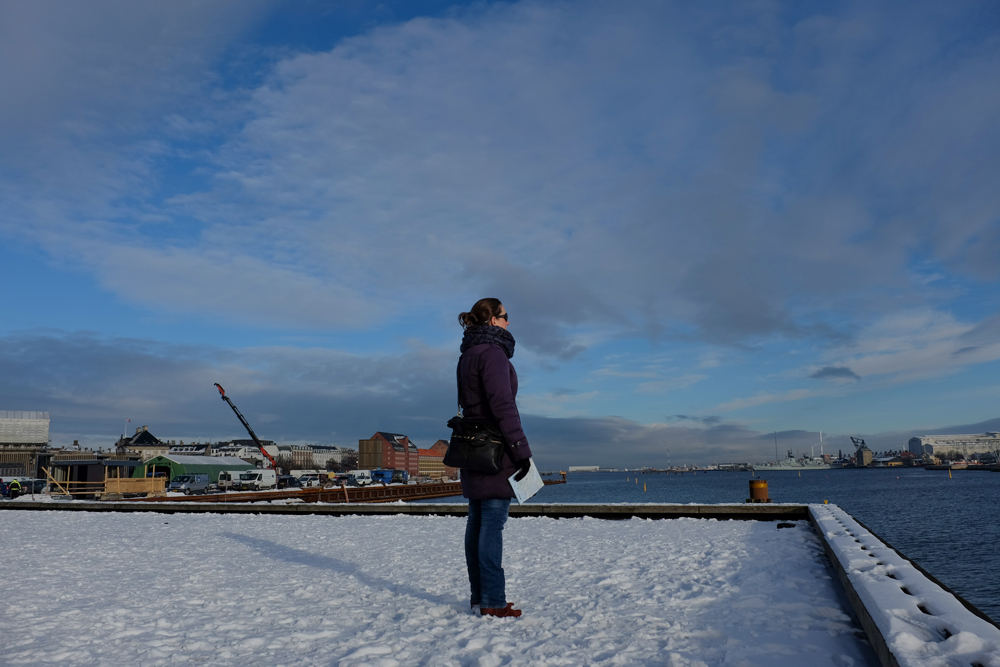 Located on the waterfront between the mouth of the Nyhavn canal and the royal residence Amalienborg Palace is the Admiral Hotel. The building is a former warehouse (originally two separate warehouses which were later connected) turned into a hotel. 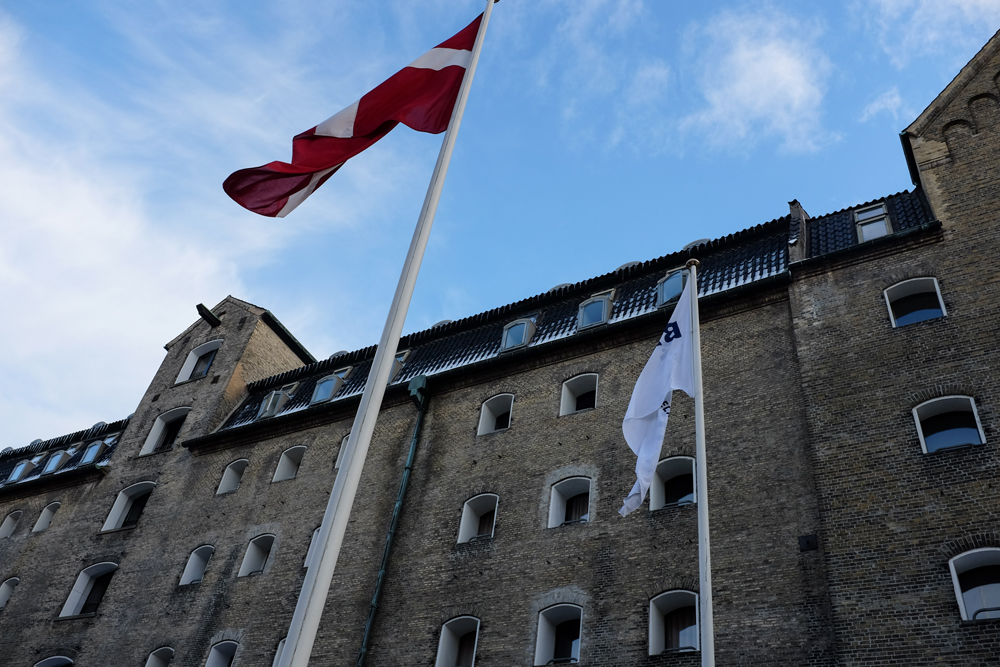 Facing the hotel on nr. 33 is the Dutch embassy. We waved the Dutch flag goodbye and were on our way again. A couple of minutes later we turned at the corner and suddenly saw the Frederik’s Church and Amalienborg (guarded by Royal Life Guards) in front of us. Opposite of the Frederiks Church (on the other side of the harbor) is the Opera House. 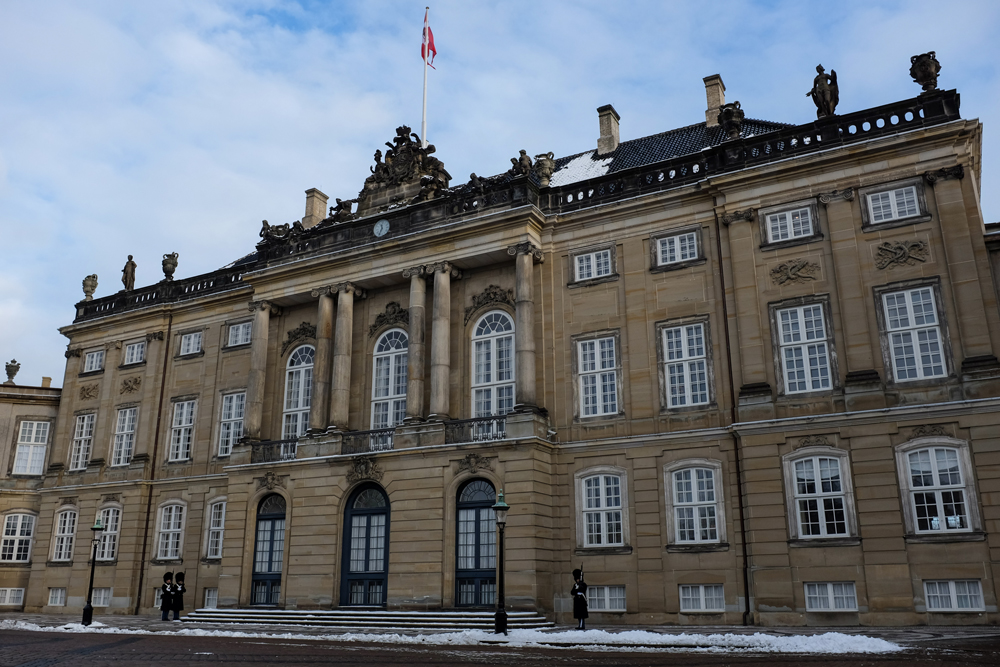 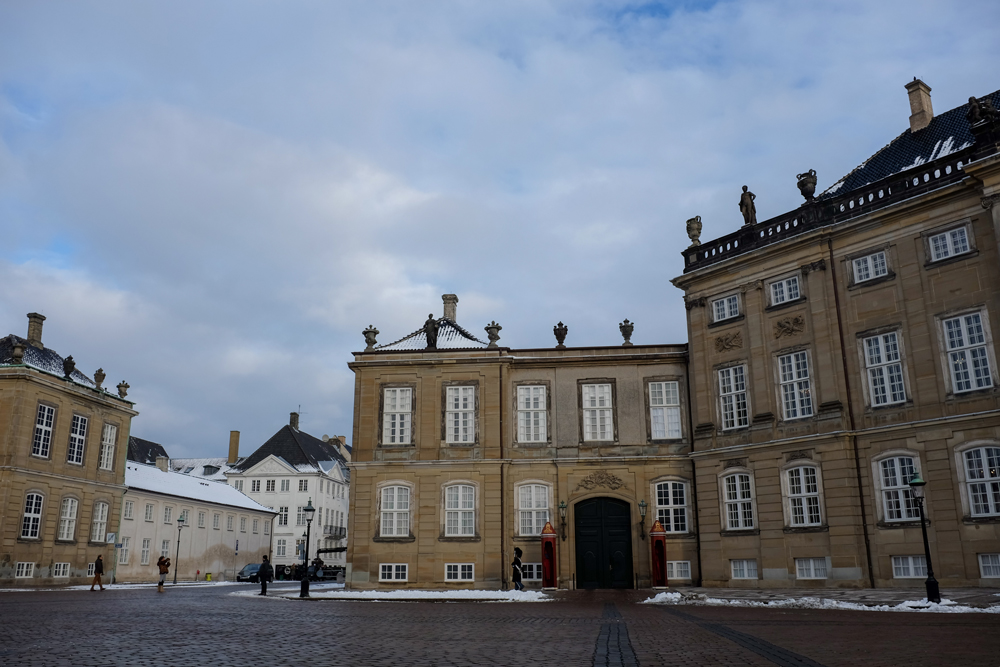 In the same street as the Frederik’s Church there’s also the Alexander Nevsky Church (the only Russian Orthodox church in Copenhagen) and the Saint Ansgar’s Cathedral. From here we walked to Nordre Toldbod (waterfront area where you can also find the headquarters of Mærsk), the Little Mermaid statue and the Kastellet. 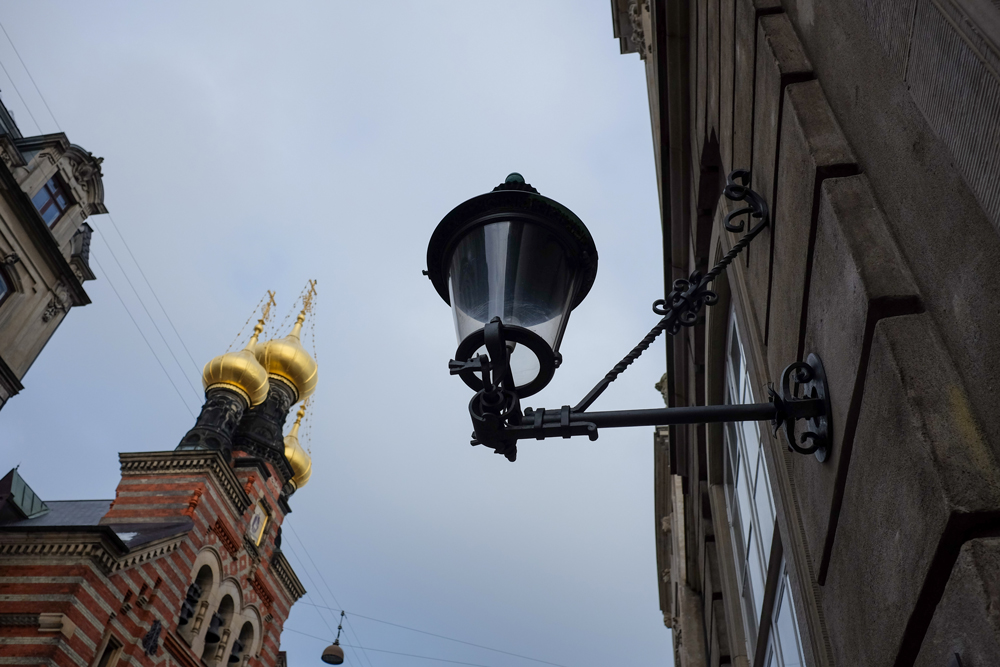 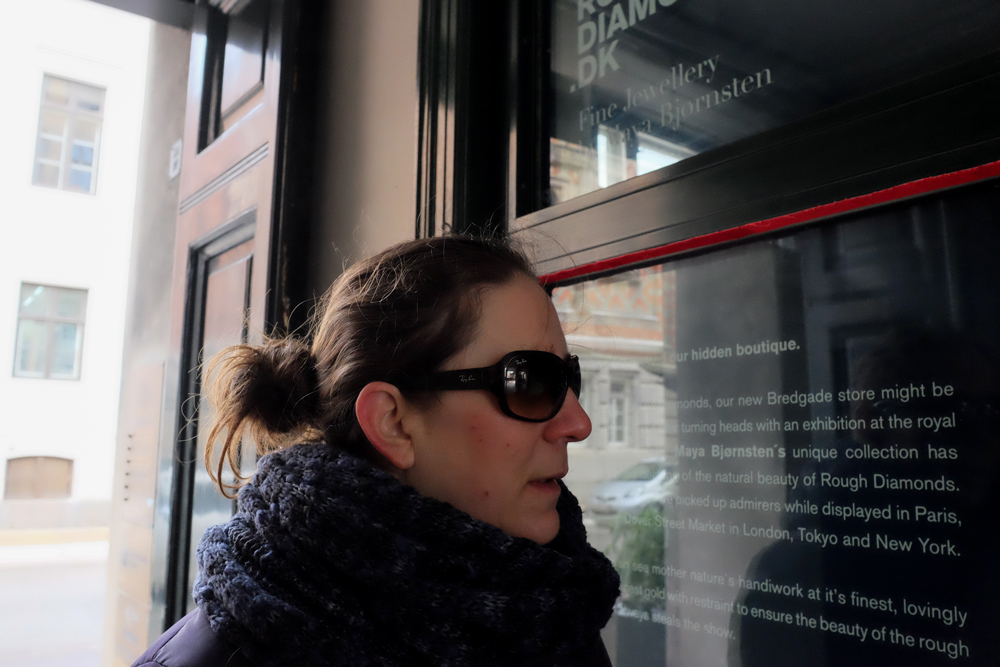 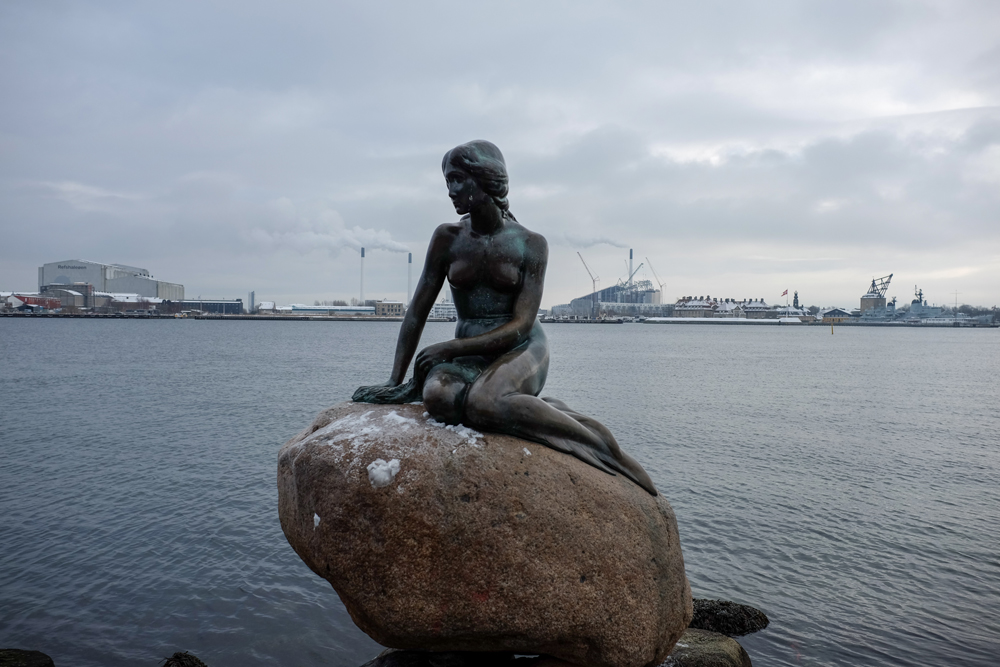 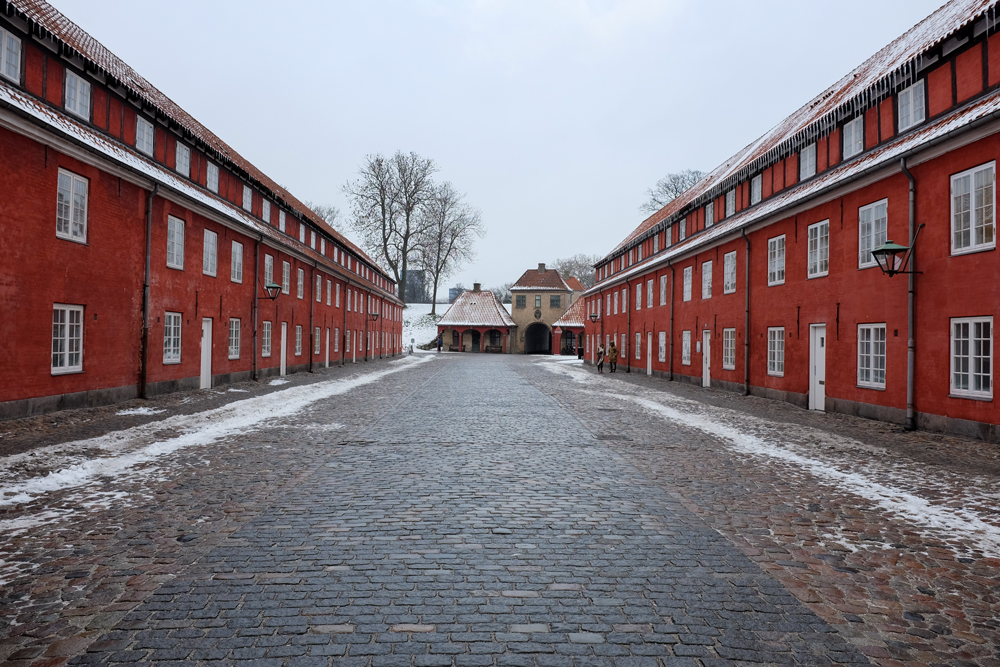 We circled back to the centre passing Nyboder and the St. Paul’s Church. Nyboder is a historic row house district and we actually stumbled upon these yellow houses by accident on our way to the Coffee Collective. 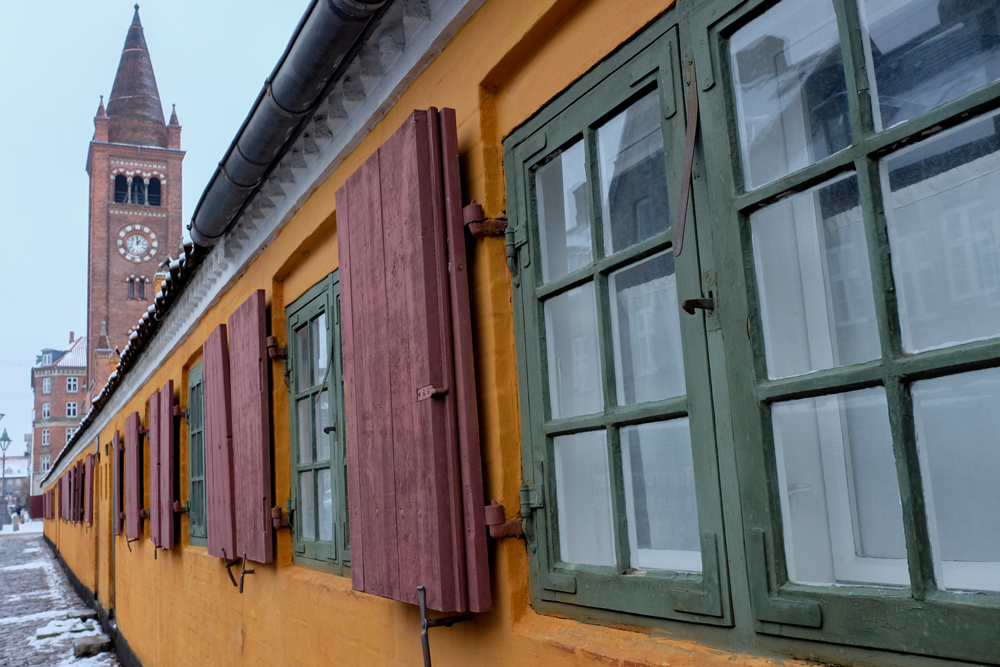 After a (somewhat) late lunch (and coffee) break at the Torvehallerne we ended up at the Rundetårn (and Trinitatis Church) from which we walked to the Church of Our Lady and the University of Copenhagen. 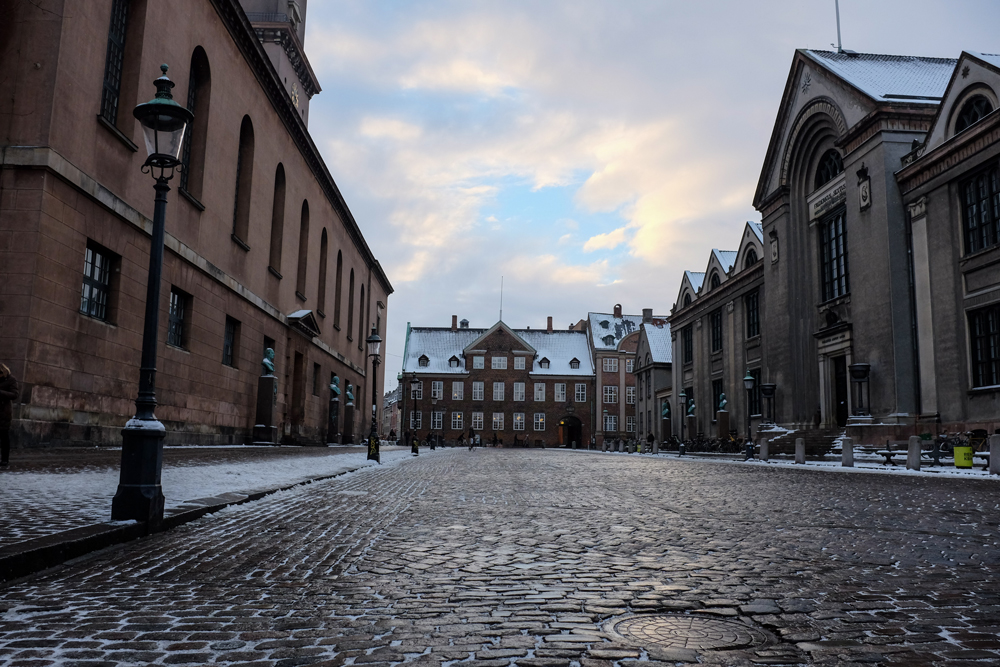 We managed to finish the route. Had a look at the Copenhagen City Hall and Tivoli. At this point the batteries were dead (camera and our own) and night had set in. We walked back to the Hotel, took it easy that night and were looking forward to our next (cold) day in Copenhagen.