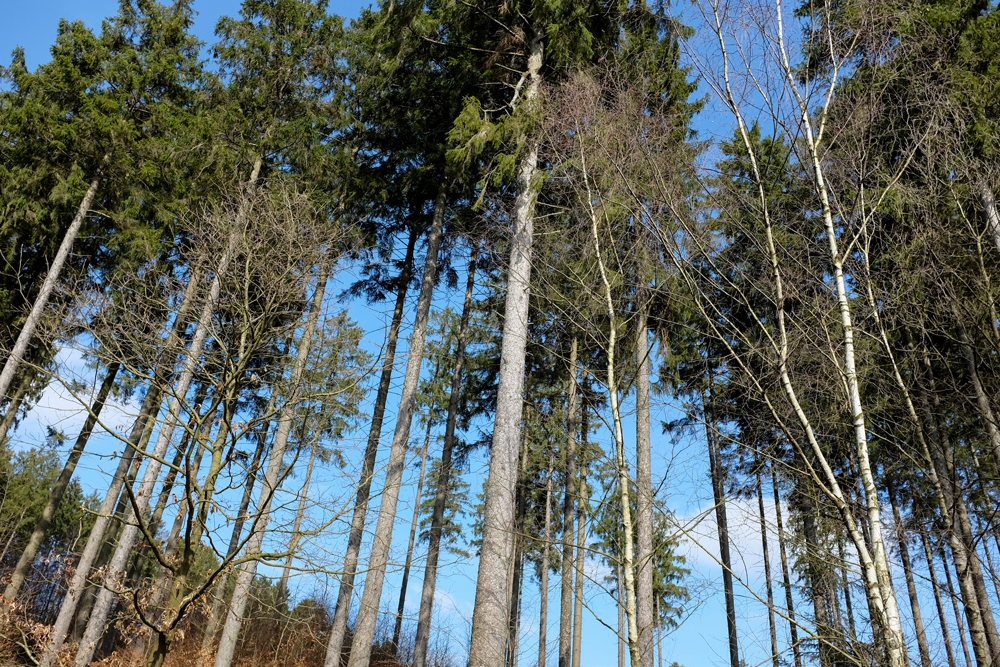 Adri’s cousin and his wife moved to Germany four years ago. During these four years we met up in Hungary and Holland but not yet in Germany. We decided Easter would be a good time to change that and see where they are living. We got into the car and about 3 hours later we arrived in Kreuztal, Germany and were greeted by Balázs and Csilla.

After having a proper Hungarian lunch we went for some fresh air and a walk at the Biggesee. The Biggesee is a big lake (reservoir) which lies between Olpe and Attendorn. There are hiking trails and bicycling paths with stunning views of the area. 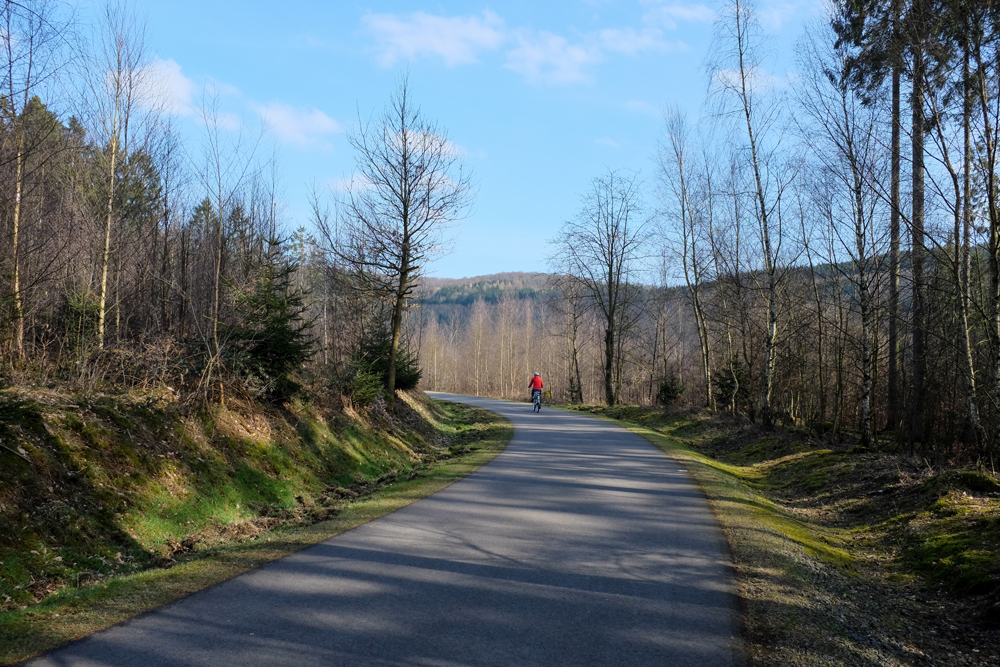 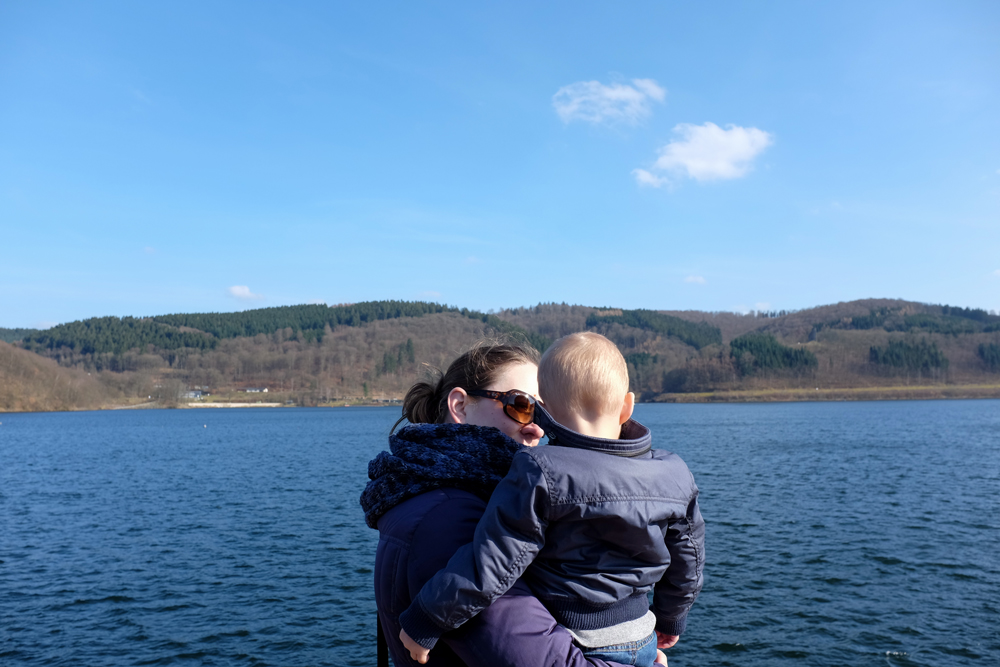 After the walk me and Adri felt like eating currywurst. After all we were in Germany. We had a short drive to Siegen, parked the car and followed our guides to get some of that typical German food. Iván also seemed to like the idea and was enjoying the snack. 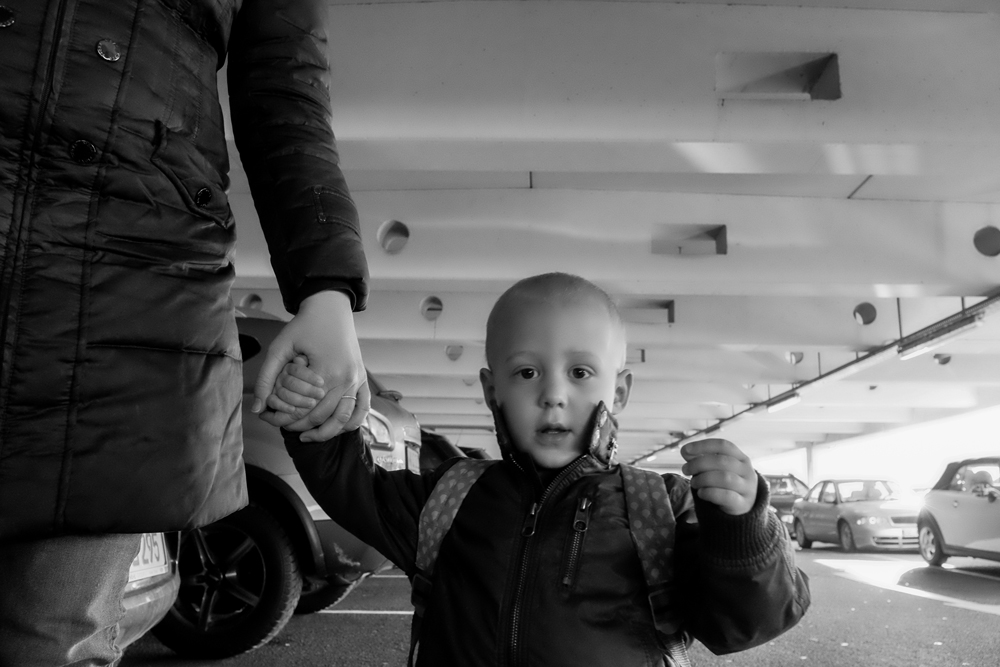 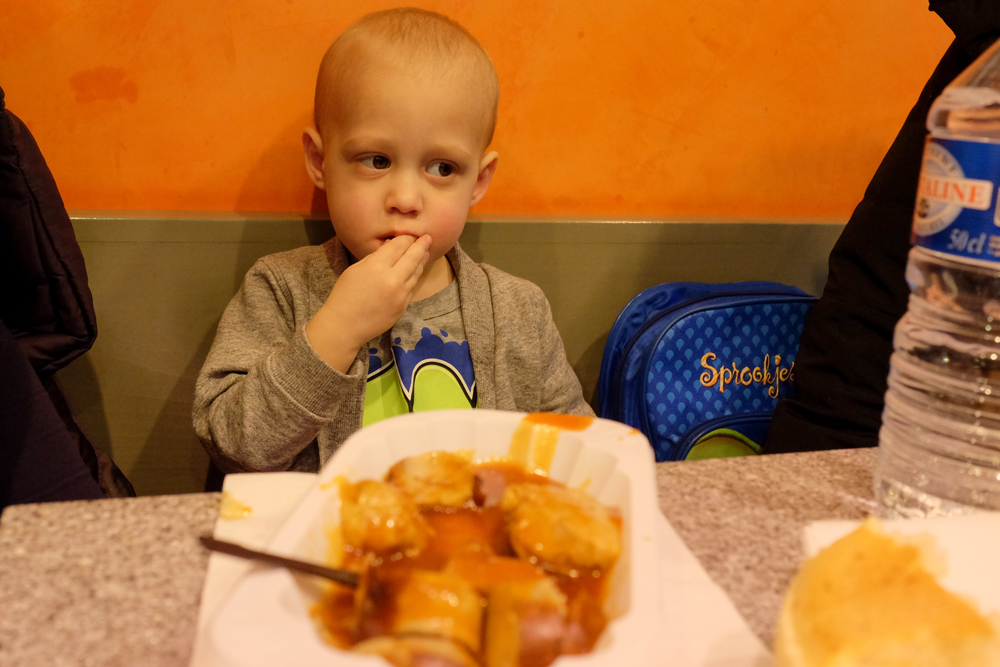 The next day we visited Dillenburg. This town has some important historical meaning for the Dutch. William I of Orange-Nassau was born here. William van Oranje (also know as William the Silent) was the main leader in the Dutch revolt against the Spanish during the Eighty Years’ War which resulted in the formal independence of the United Provence (preceding what would eventually be the Kingdom of The Netherlands). He became Prince of Orange in 1544 and is the founder of the branch House of Orange-Nassau and thus the ancestor of the monarchy of the Netherlands.

William of Orange was born in The Dillenburg Castle which was built on top of the peak now called Schlossberg. The castle no longer exists but to commemorate the memory of William of Orange the Wilhelmsturm was built which now houses the Oranje-Nassaumuseum. 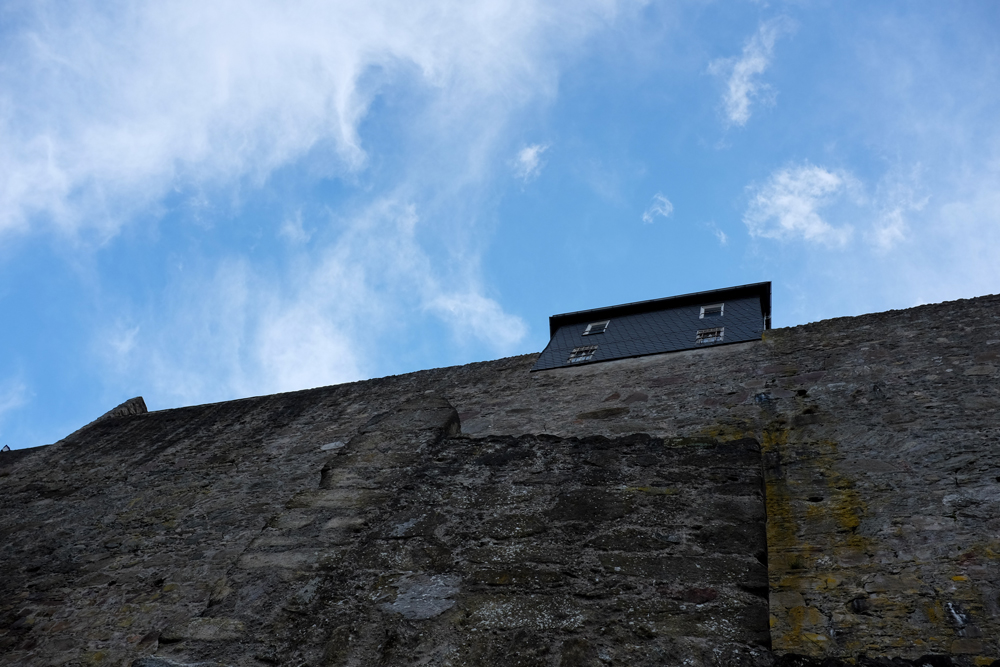 When you arrive on the top of the peak you’ll see Dillenburg’s major landmark, the Wilhelmsturm. Build on top of the ruins of the castle. From here you have a nice view over the town and there are some information signs explaining various landmarks and their history. 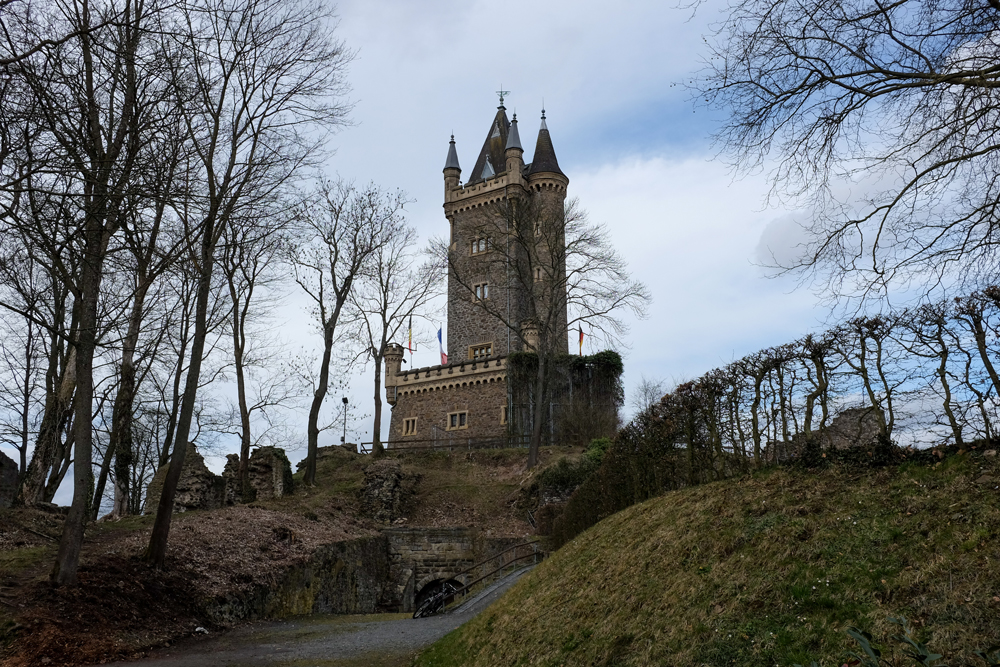 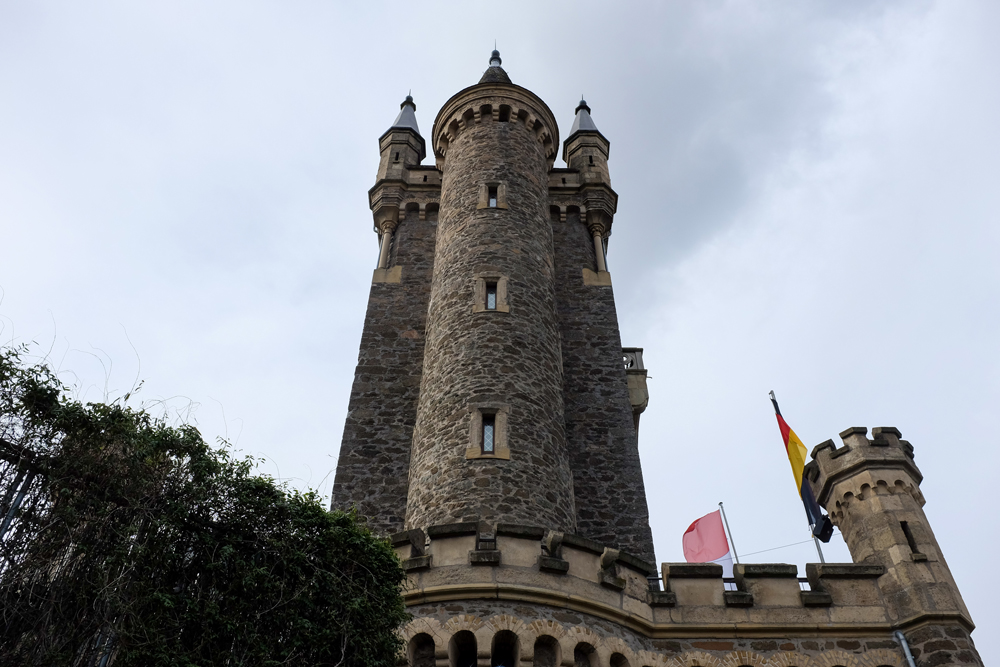 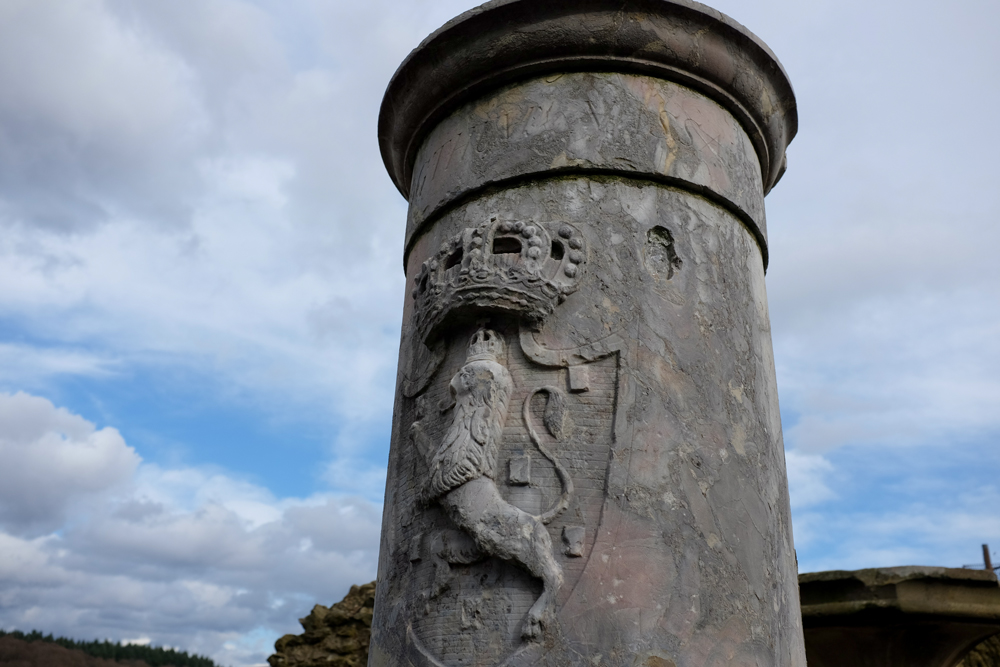 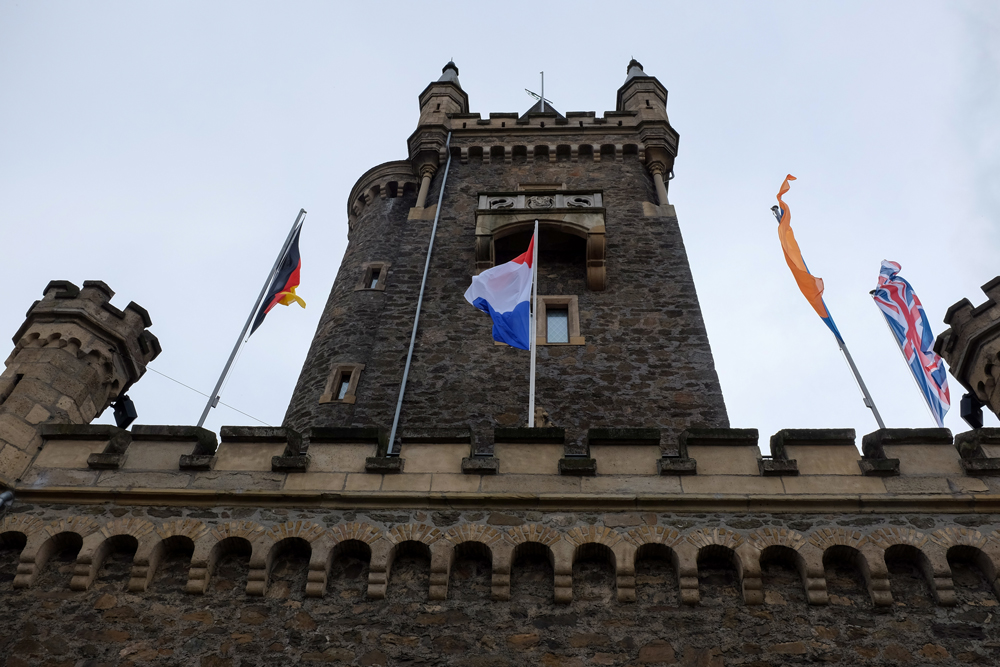 Next to the Wilhelmsturm there’s a Statue of William of Orange. The statue has William’s motto “Je maintiendrai’ (I will maintain) written on it and is still used by the Royal family of The Netherlands. 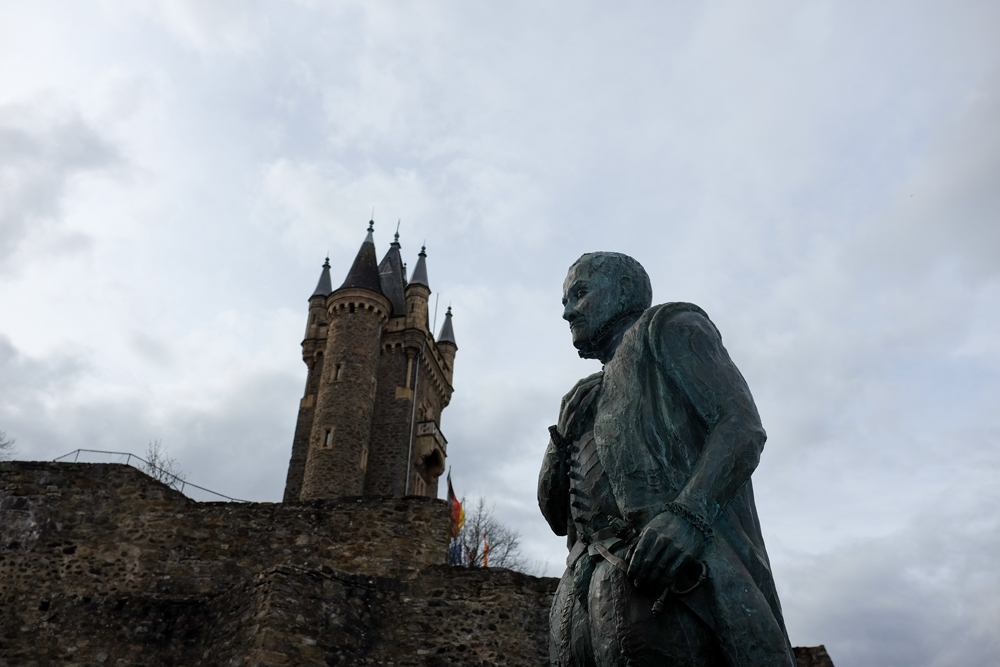 Also located on top of the peak is Villa Grün (now a museum of economic history). Inside the hill are underground vaults and casemates which is one of the biggest defensive works in Europe. They have been partly excavated and may be toured. Scattered across the hill are the old ruins of what once used to be the castle. Giving some kind of indication of how big the castle must have been. 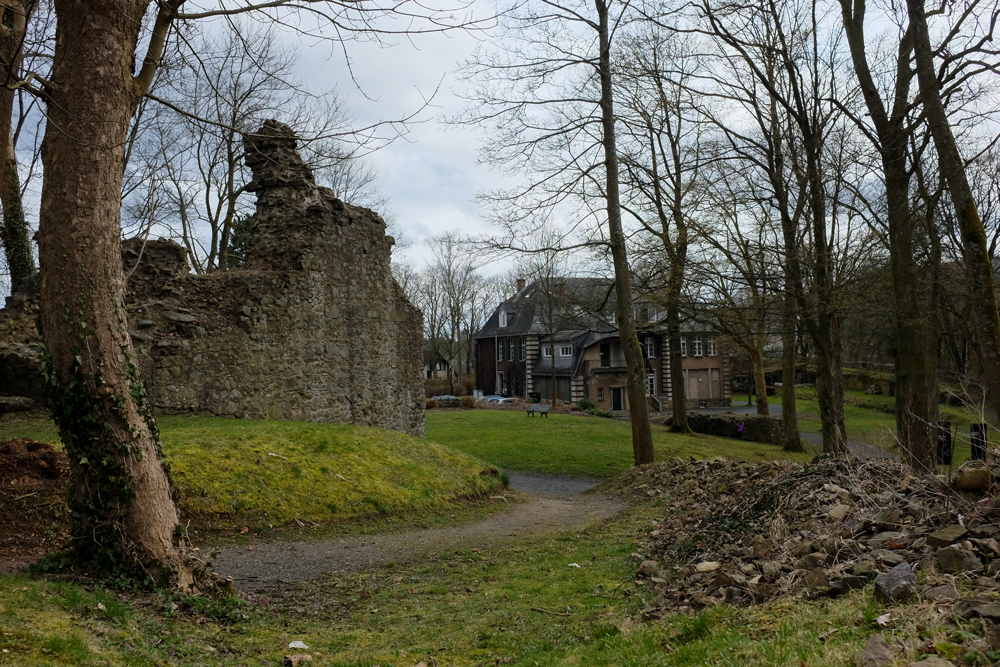 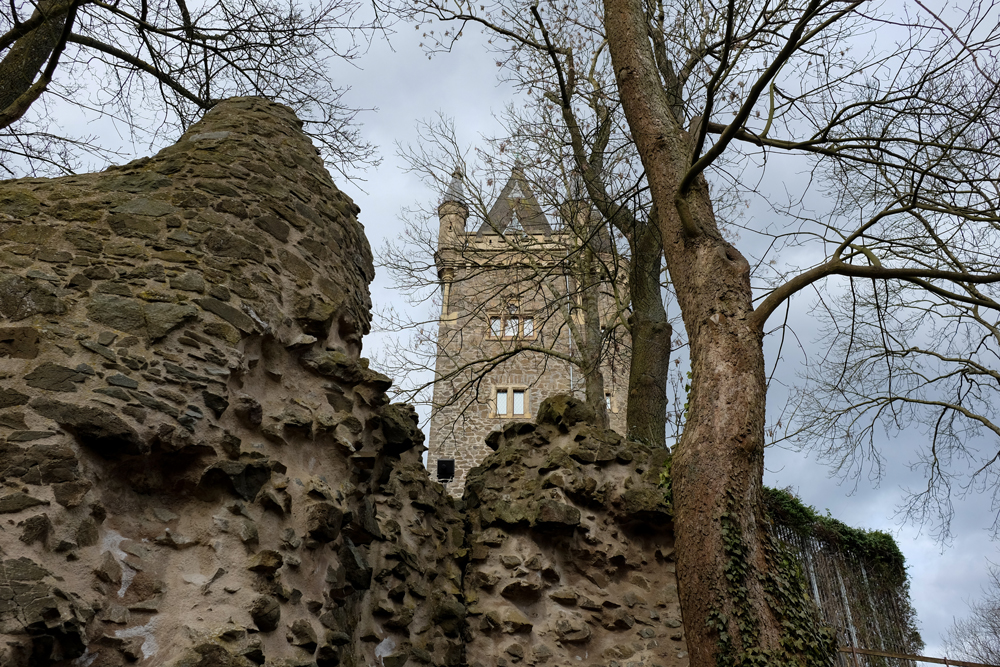 After our visit to the Wilhelmsturm we climbed back down and had a walk through the downtown area. 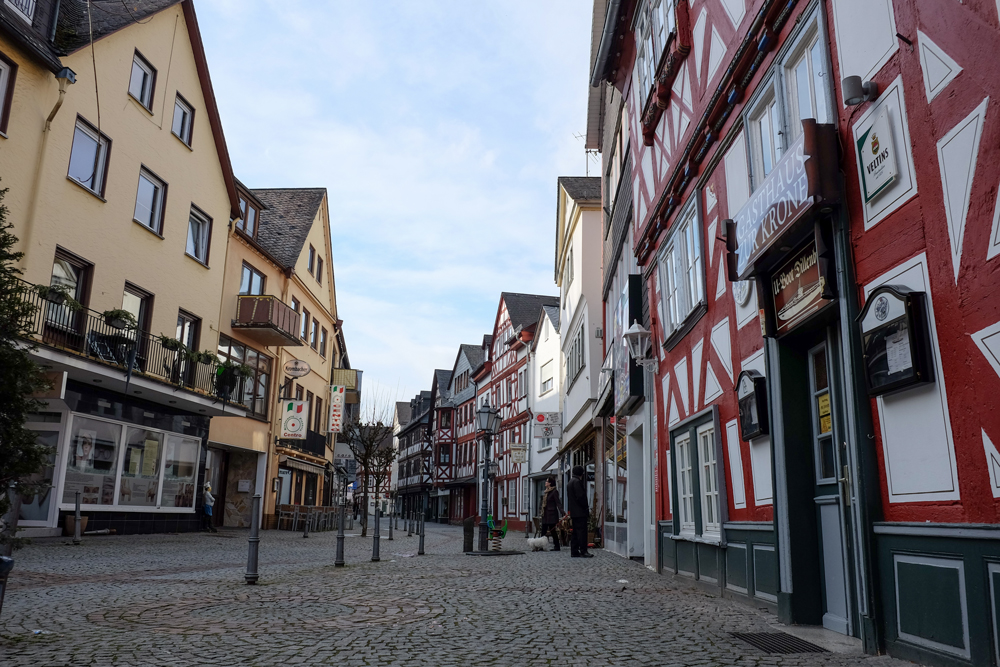 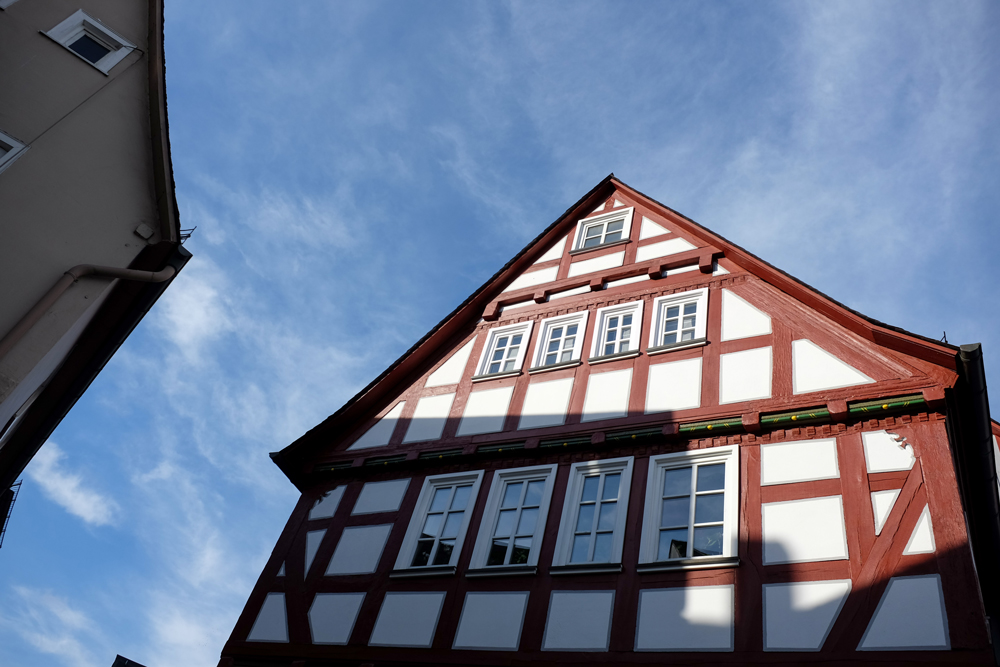 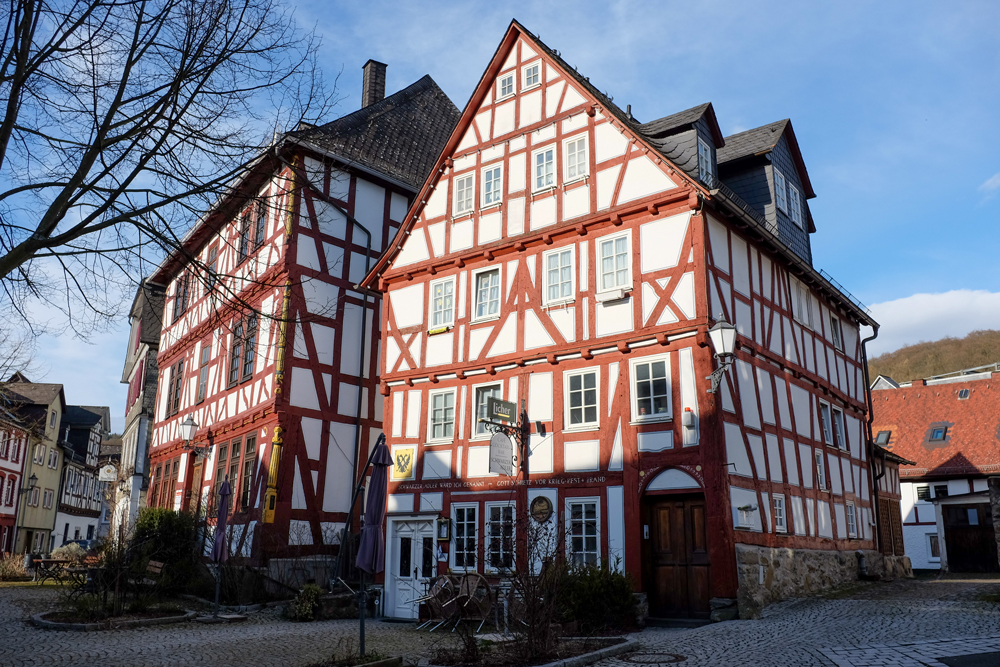 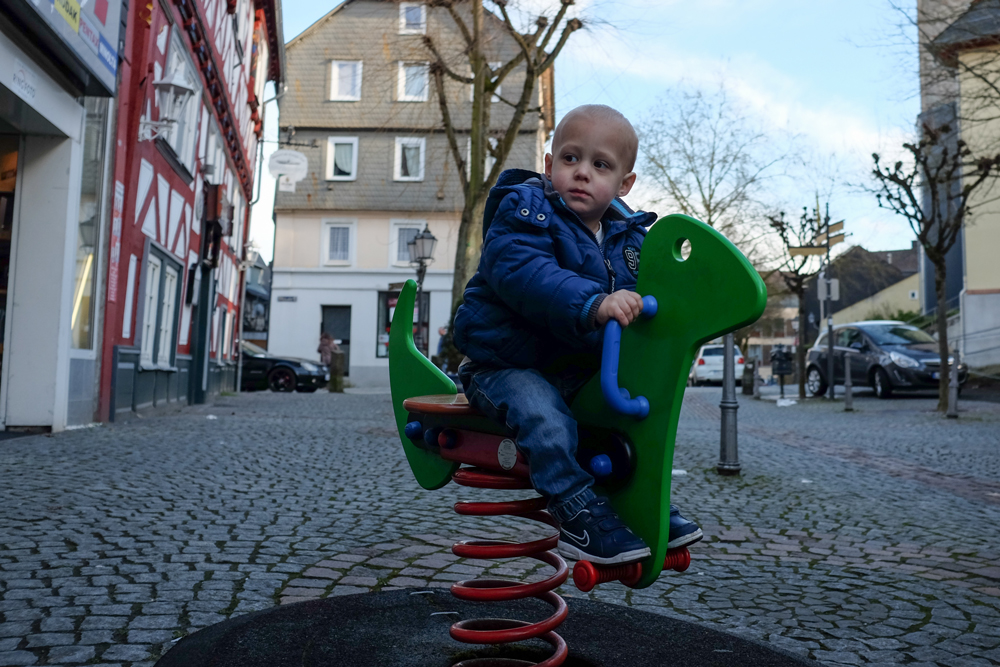 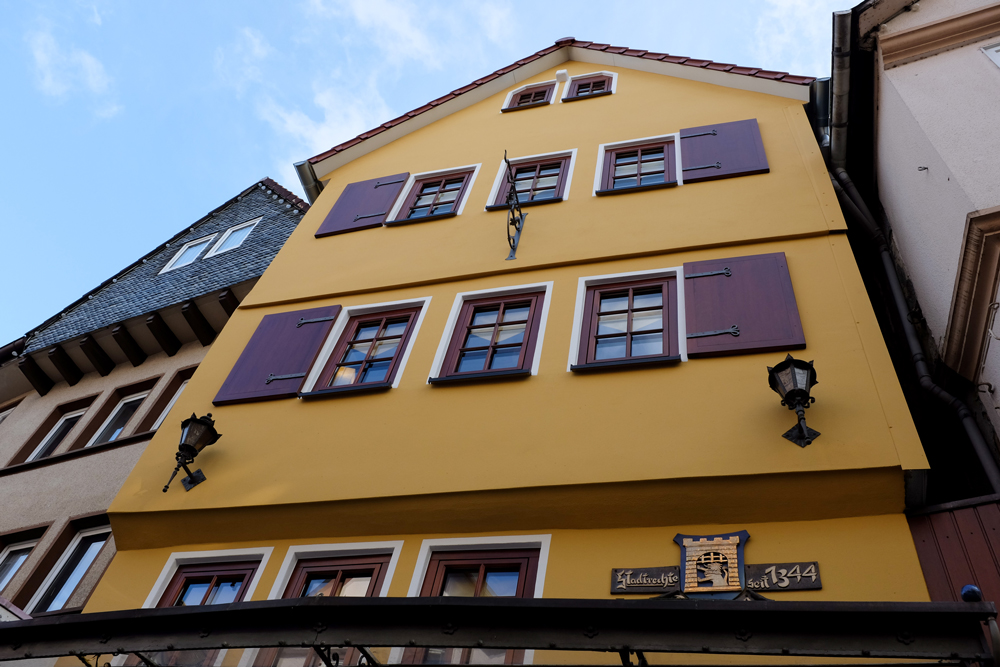 The path leading up to the top of the peak with a view on the Evangelische Stadtskerk (Church) and Wilhelmsturm. One last look at this view before we headed back to Kreuztal and back home the next day. 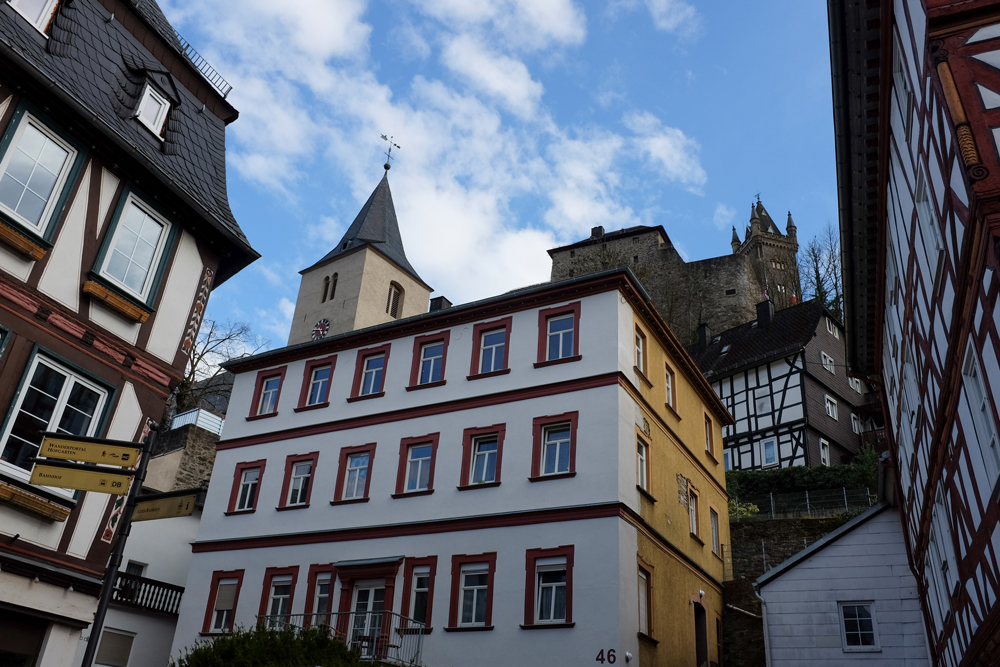